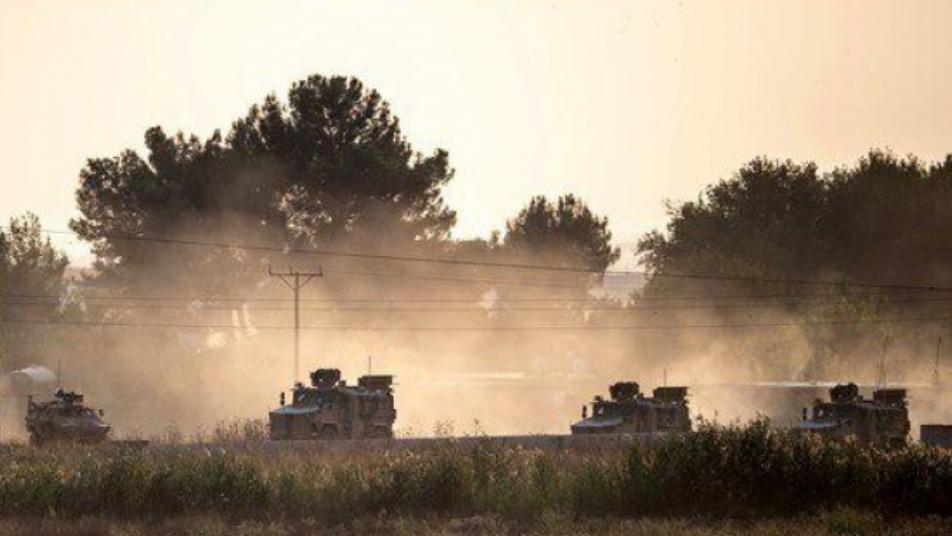 Orient Net
Two leaders discuss security situation in Syria and importance of U.S.-Turkish cooperation in region, says Pentagon
The US chairman of the Joint Chiefs of Staff and chief of the Turkish General Staff discussed Syria and cooperation between the two nations, a Pentagon spokeswoman said Thursday (October 10).
Gen. Mark Milley spoke with Gen. Yasar Guler on Wednesday over the phone, the day Turkey launched its third military operation against the YPG, the Syrian affiliate of the PKK terror group, Col. DeDe Halfhill said in a statement.
"The two leaders discussed the security situation in Syria and the importance of US-Turkish cooperation in the region," she said.
The statement also said both nations "enjoy a strong and continuous military-to-military relationship as key members of the NATO alliance."
Trump announced Sunday the pullback of US forces ahead of Turkey's Operation Peace Spring, a move that has drawn stiff resistance from Capitol Hill.
Separately, Turkey's defense minister discussed the Operation Peace Spring in northern Syria with his French counterpart on Thursday.
According to a press release by the Turkish National Defense Ministry, Hulusi Akar told Florence Parly in a phone call that the goal of the operation was to eliminate existing terrorist groups in the region, especially ISIS and the PKK/PYD-YPG east of the Euphrates River to establish a peace corridor to ensure Syrians living in Turkey can return to their homeland.
Akar told Parly that Turkey is the only NATO and coalition member country that is giving a chest-to-chest fight with ISIS, and neutralized more than 3,000 ISIS terrorists, the statement said.
Akar also informed his counterpart about Turkey's sensitivity on targeting only terrorists, their shelters, positions, weapons, tools and equipment during the execution of the operation.
Turkey on Wednesday launched Operation Peace Spring east of the Euphrates River in northern Syria, to secure its borders and Syria’s territorial integrity, by eliminating terrorist elements and to ensure the safe return of Syrian refugees.
Based on AA