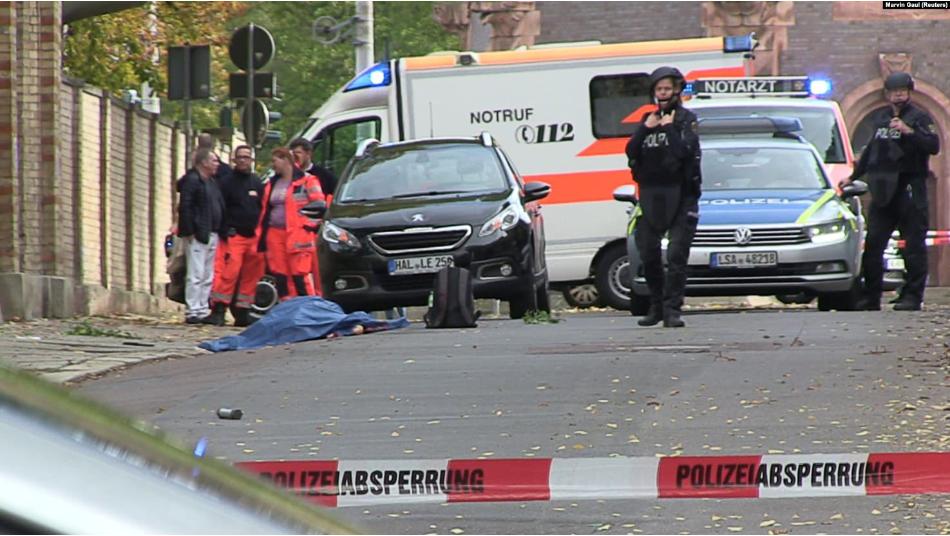 Orient Net
Two people were killed in shooting attacks on a synagogue and a nearby kebab shop in the eastern German city of Halle, with the gunman livestreaming the attack on a video-gaming platform.
Before he began shooting on October 9, the attacker also broadcast an anti-Semitic manifesto online.
German police said one suspect was arrested, but two others fled in a hijacked car.
About 70 to 80 people were inside the house of worship, including 10 Americans, US Ambassador to Germany Richard Grenell told AP. The heavily armed assailant shot at the door of the synagogue but couldn't get inside.
The killings took place on Yom Kippur, the holiest day of the calendar in Judaism, when Jews fast, seeking atonement.
Two people were seriously injured in the attack.
German Interior Minister Horst Seehofer said the authorities must assume that it was an anti-Semitic attack, and said prosecutors believed there may be a right-wing extremist motive.