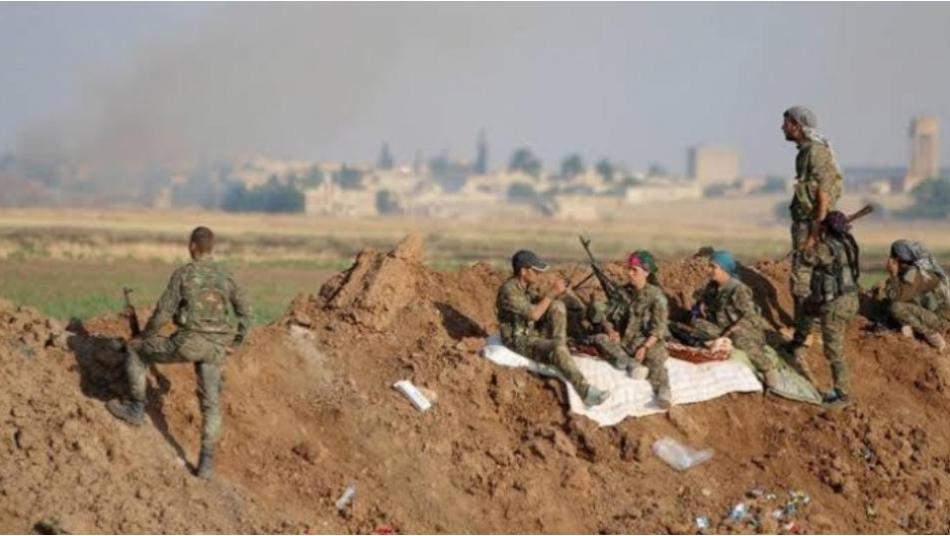 Orient Net
PKK-affiliated PYD militiamen have mined civilian houses in the city of Tal Abyad in Hasaka countryside, Orient News learnt from local sources.
More than 12 excavators started digging trenches on Tuesday October the 8th from the street of Kharabat, reaching to a villa of the YPG leader, the sources added.
The YPG took control of at least 15 houses in Tal Abyad in the last two days, the owners of the houses left the city recently.
The YPG fighters also changed their uniform into civilian clothes for fear of being targetted by the Turkish aircraft.
The Turkish Military targeted on Tuesday a YPG vehicle near the village of Shakria on the Ras al-Ein-Debasiya road.