Turkey: Europe must not blame Ankara for migrants 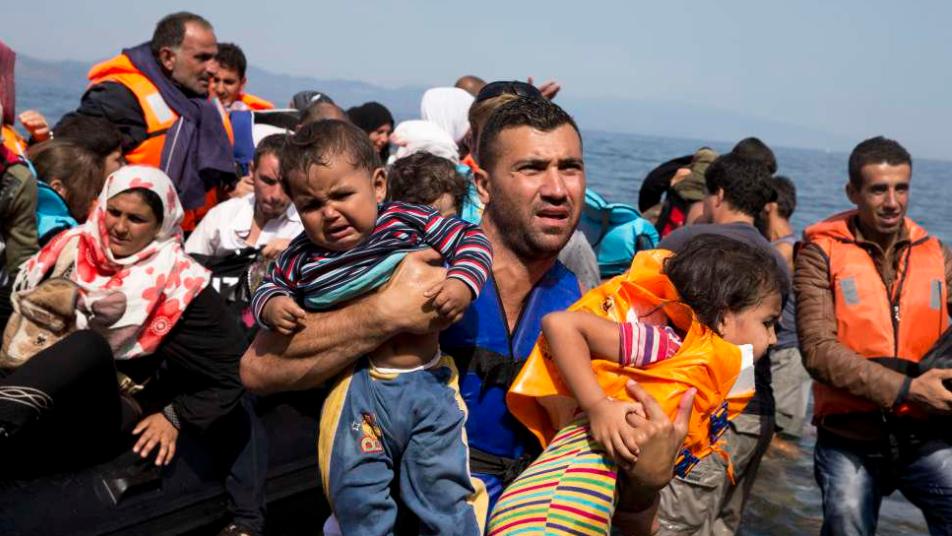 In this Sept. 10, 2015 file photo, Syrian refugees arrive aboard a dinghy after crossing from Turkey to the island of Lesbos, Greece. (AP Photo/Petros Giannakouris, File)
Turkey’s foreign minister has called on European nations to work with Ankara on solving the refugee crisis instead of blaming it for a rise in migrant flows to Europe.
Mevlut Cavusoglu made the comments on Friday (October 4) after a meeting with German Interior Minister Horst Seehofer and European Union migration commissioner Dimitris Avramopoulos, who are in Ankara to discuss a Turkish-EU migration deal as well as a recent spike in migrants reaching Greece.
Cavusoglu’s comments were aimed at French President Emmanuel Macron who criticized Turkey this week over its migration management. The Turkish minister says Macron’s accusations “are not acceptable.”
Cavusoglu says he also discussed Turkish calls to create a “safe zone” in northeast Syria where Turkey hopes to resettle some 2 million Syrian refugees.
Based on AP
قيم هذا المقال 23 0