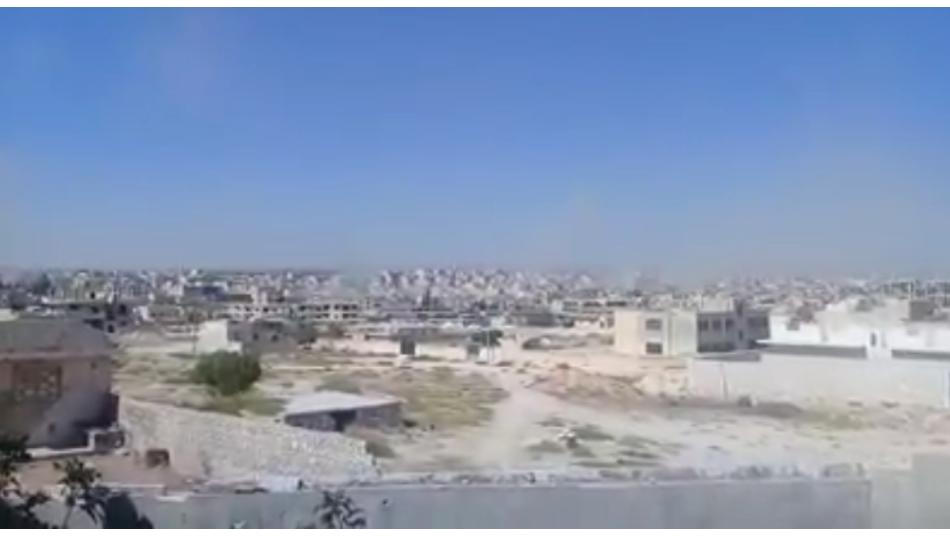 Assad surface-to-surface missiles hit Idlib's Kafranbel, Maaret al-Nu'man
__new_Underarticle_image_EN__
Orient Net
Assad militiamen are violating the ceasefire in Idlib countryside announced by Russia on the 31st of August, Orient correspondent says.
Macro Media Centre (MMC) posted pictures of what it said the violations of the ceasefire as Assad rockets fell on the town of Maaret al-Nu'man in Idlib southern countryside.

__new_in_first_article1__
In the city of Kafranbel, Assad surface-to-surface missiles hit residential areas and destroyed civilian houses, Orient News' Jamil al-Hasan said.
No Assad or Russian airstrikes are conducted.
Assad militias and their allies killed, injured and displaced hundred of thousands of Syrians in Idlib and Hama countryside in their last bombing campaign which mainly started in the end of March and was ordered to be halted by Russia in the end of August 2019.