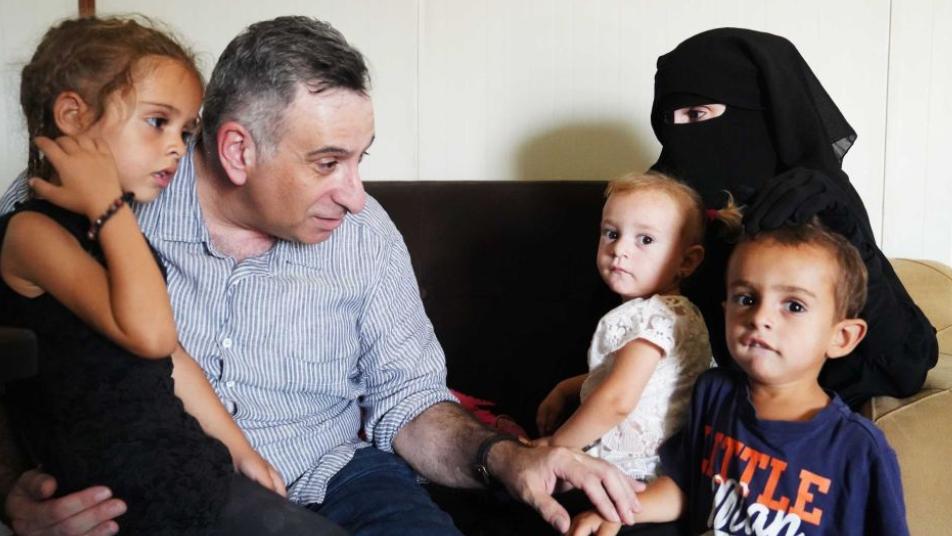 Kamalle Dabboussy reunites with his daughter Mariam Dabboussy and her children in the al-Hawl camp in Syria. ABC News Photo: Dave Maguire

A woman was killed and dozens detained on Monday (Sep. 30) in a SDF-run camp in northeast Syria holding families of ISIS, local media reported.
One woman was killed, seven others were wounded, Euphrates Post reported.
Syrian Democratic Forces detained 50 women from the foreigners' section at the camp.
Mustafa Bali, spokesman for the SDF militia warned Monday of worsening conditions in the camp.
__new_in_first_article1__
The United Nations Office for the Coordination of Humanitarian Affairs (OCHA), for its part, said tensions remain high in the camp with security incidents reported on a weekly basis.
Doctors Without Borders (MSF) said protests from the women and children in the annex were met with force from the security authorities that control the camp.
"MSF teams treated four women with gunshot wounds in the MSF clinic in the annex, while at the same time, the medical teams and patients took cover from the shooting," a spokeswoman said.
"Our doctors should not be treating women for gunshot wounds in a closed, camp setting. If we find ourselves in such a situation, something has gone terribly wrong."
The crowded camp al-Hol camp houses families of ISIS militiamen among its 70,000 residents, with foreign women and their children separated from Syrian and Iraqi inhabitants.
قيم هذا المقال 9 0