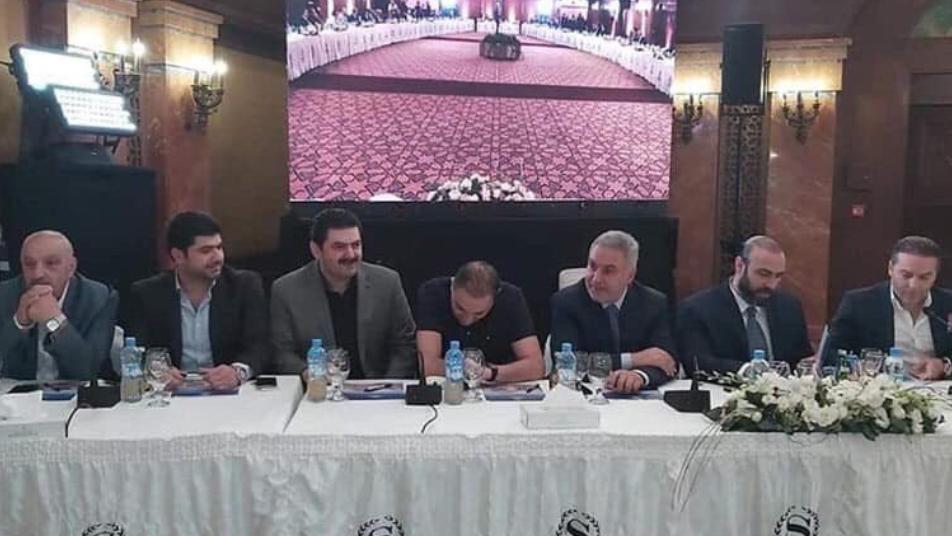 Sheraton meeting
Orient Net
The Assad regime is forcing wealthy businessmen to pay millions of US dollars to the Central Bank to save the regime from bankruptcy.
A meeting held at the Sheraton Hotel in Damascus on Saturday (Sep. 28) was attended by Central Bank Governor Hazem Karfoul, and businessmen Samer Foz, Mohammad Hamsho, Waseem al-Qattan, brothers Hossam and Bara’ al-Katerji, in addition to Ghassan al-Qala'a, chairman of Damascus Chamber of Commerce. It aimed to discuss an initiative announced by the businessmen to increase the deteriorating value of the Syrian lira to the US dollar.
The gathering was held behind closed doors and under strict confidentiality. Later, reports said that Foz had made a 10-million-dollar pledge to support the Syrian lira.
Economic experts told Asharq Al-Awsat that the Central Bank governor is exerting pressure on the businessmen to release funds.
Other than Foz, none of them announced following Saturday’s meeting, his intention to secure funds.
“The businessmen believe the regime is seeking to take over their assets, despite having amassed their great wealth illegally and under the gaze of the regime,” the experts said.
Persons familiar with the meeting told Asharq Al-Awsat that following two hours of closed-door talks, none of the conferees made a statement to the press.
On its Facebook page, the Damascus Chamber of Commerce said that participants agreed to deposit money in US dollar, each according to his ability, in an attempt to increase the value of the Syrian pound against the dollar.
Early this month, Damascus residents were shocked after the Syrian pound weakened to its lowest level as the pound closed at 691 against the dollar in the streets while it stood at 438 pounds per dollar at the daily benchmark set by the Central Bank.
The regime’s campaign against Syrian businessmen started when reports said that head of the Assad regime, Bashar Assad, ordered measures against companies owned by his cousin, Rami Makhlouf, in Syria.
The measures involved action against Makhlouf’s shares in Syrian Telecom Company (Syriatel), the country’s biggest mobile phone company.
Based on Asharq Al-Awsat