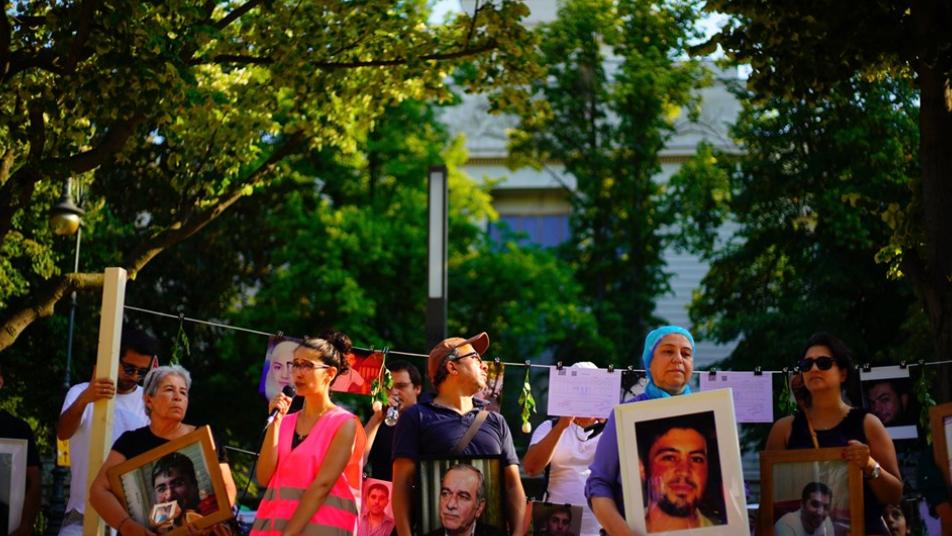 Families for Freedom - File Photo
__new_Underarticle_image_EN__
Orient Net
The United States said Monday (September 30) nearly 128,000 people face arbitrary detention by the Assad regime and called for their release.
"This practice is unacceptable," US Ambassador Kelly Craft told the UN Security Council at its monthly meeting on the conflict in Syria.
"The Assad regime must release detainees and provide international monitors access to detention centers," she said.
Bashar Assad has claimed several amnesties of prisoners since the conflict began in 2011 -- notably in 2014, 2018, and in mid-September.
__new_in_first_article1__
Security Council members welcomed the creation of a UN-sponsored constitutional committee by the Assad regime and the opposition, after two years of arduous negotiations.
The UN envoy for Syria, Geir Pedersen, said the committee's formation marked the first concrete political agreement between the Assad regime and the opposition.
"It is also a shared promise to the Syrian people to try to agree under the auspices of the United Nations on new constitutional arrangements for Syria -- a new social contract to help repair a broken country," he said.
The committee's 150 members are supposed to hold their first meeting October 30 in Geneva.
Based on AFP