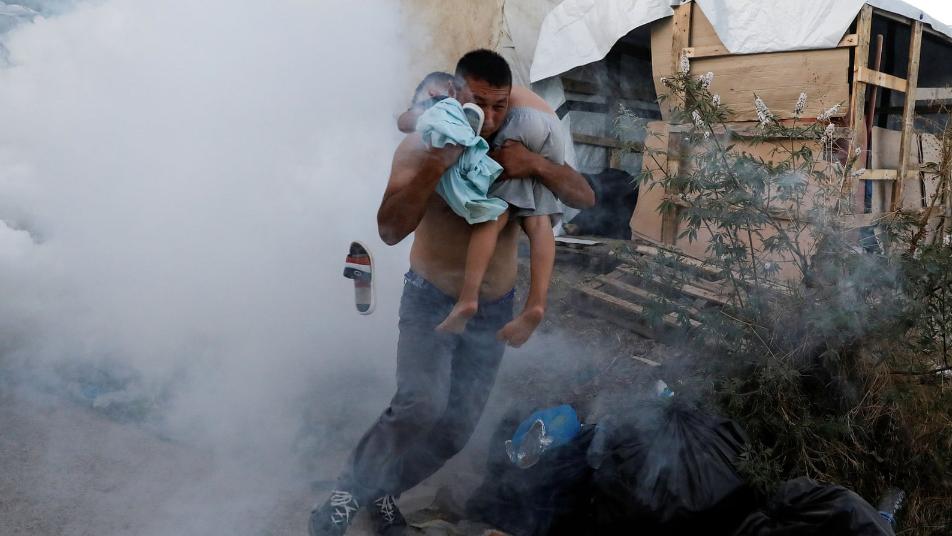 A migrant carries a boy as they flee tear gas fired by riot police following a fire in Moria camp on Lesbos. Photograph: Giorgos Moutafis/Reuters
At least two migrants died on Sunday (September 29) in a fire at a Greek island refugee camp, with the blaze triggering rioting by angry residents.
Athens News Agency, quoting police sources, reported that a woman and a child had died in the blaze at the overcrowded Moria camp on the island of Lesbos.
The body of the woman was taken to the island's general hospital while the body of the child was handed over to authorities by migrants. 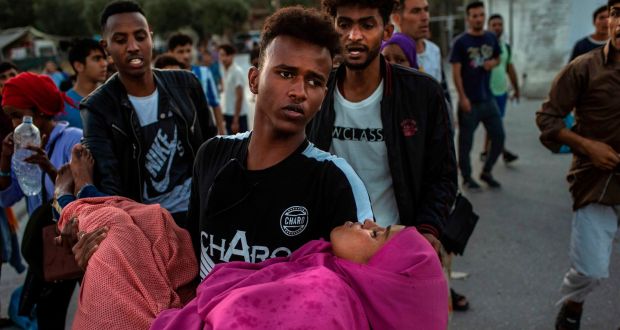 The fire inside the camp was extinguished by plane. But police later fired tear gas to control an angry crowd who said authorities took too long to respond to the incident, according to an AFP correspondent.
The death toll, however, was unclear with an Afghan migrant eyewitness saying three people died as a result of the fire that spread to six or seven containers used to house residents.
"We found two children completely charred and a woman dead. We gave the children covered in blankets to the fire brigade," Fedouz, 15, told AFP.
The AFP correspondent saw two bodies, one surrounded by weeping family members.
__new_in_first_article1__
In a statement, police said the riots occurred after two separate fires broke out, firstly outside and then inside Moria camp with a time gap of twenty minutes. 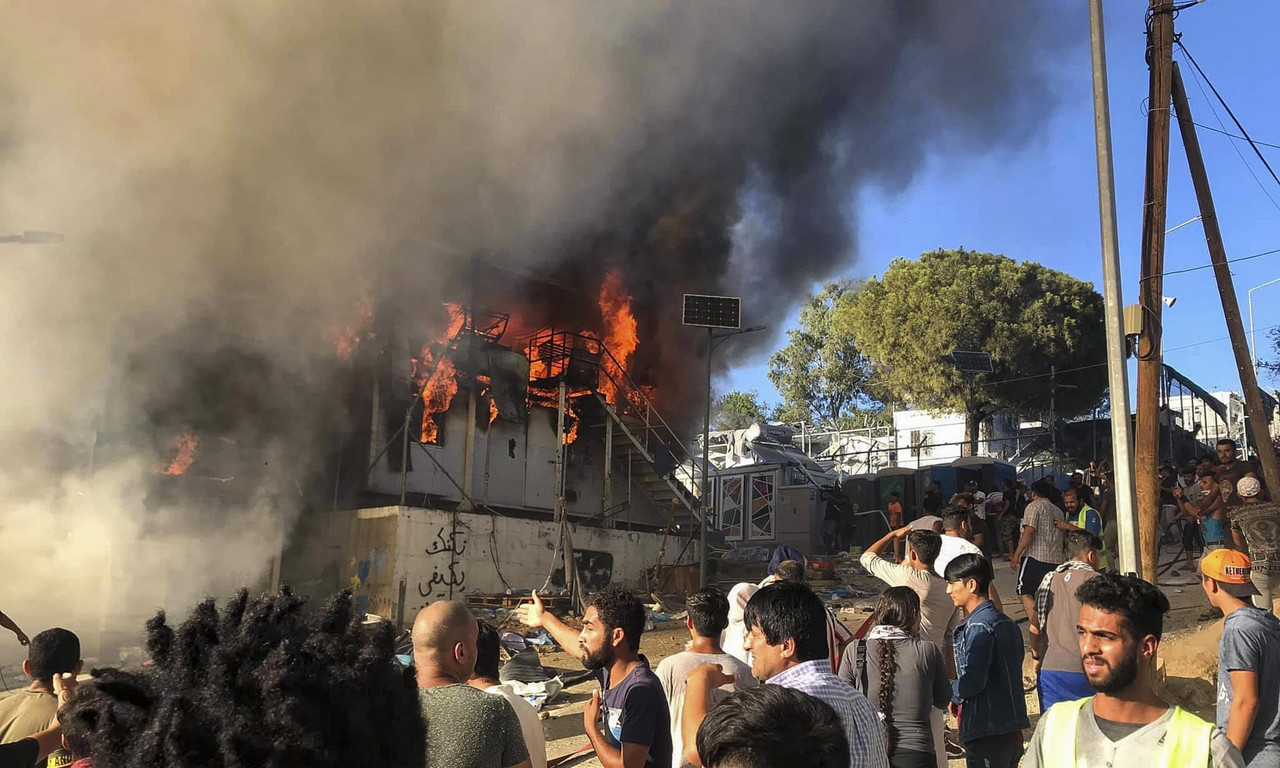 Moria camp hosts around 13,000 people but has facilities for just 3,000.
Greece is hosting some 70,000 mostly Syrian refugees and migrants who have fled their countries since 2015 and crossed over from neighbouring Turkey.
Under an agreement reached with the European Union in 2016, Turkey has made greater efforts to limit departures towards the five Greek islands closest to its shores.
But the number of arrivals has been steadily climbing in recent months causing a dangerous burden in the camps of the islands that are in the forefront of the migrant influx.
Nearly a million refugees fleeing war in Syria and migrants crossed from Turkey to Greece’s islands in 2015. More than 9,000 people arrived in August, the highest number in the three years since the European Union and Ankara implemented a deal to shut off the Aegean migrant route.
Based on AFP
قيم هذا المقال