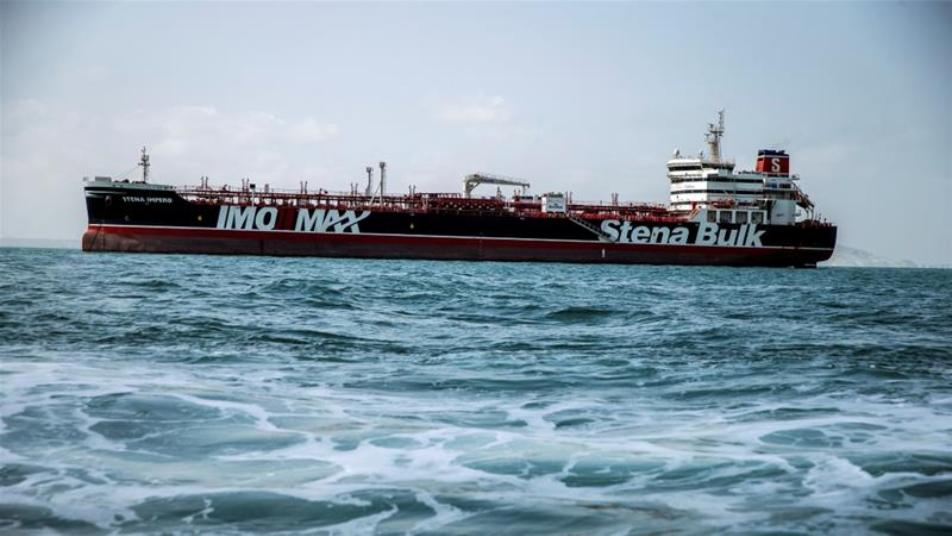 File photo: Nazanin Tabatabaee/WANA via Reuters
Orient Net
Stena Impero, the British-flagged oil tanker seized by Iranian regime, has reached international waters on route to Dubai, the Swedish owner of the tanker said on Friday (September 27).
“It reached international waters at 0945,” Stena Bulk CEO Erik Hanell said in a text message. “The Master has reported that all crew members are safe and in high spirits following release.”
Iranian regime seized the British tanker on July 19 near the Strait of Hormuz for alleged marine violations. Earlier this week Iranian officials said all legal hurdles had been cleared for the ship to be released.
Based on Reuters