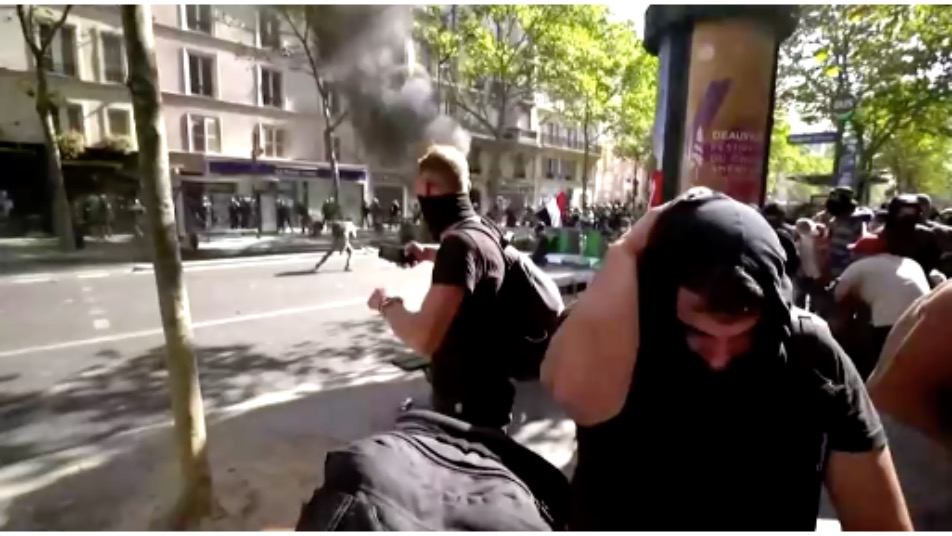 Orient Net
French police fired tear gas and dispersed a group of "black bloc" anarchists who disrupted a climate march in Paris on Saturday (September 21), after a tense morning with "yellow vest" protesters attempting unauthorised rallies on the Champs Elysees leading to over a hundred arrests.
Thousands of climate activists joined by a few hundred "yellow vests" protesters in Paris to demand the French government take greater action on climate change and measures for social justice.
The demonstration began peacefully with some people dressed in costumes while others carried signs and effigies, all marching to the beat of percussion bands.
The government deployed a massive police presence as it feared yellow vest supporters and other activists, including "black bloc" anarchists, would take advantage of authorised protests over climate change and pension reform.
Police had made 90 arrests in Paris by around midday local time (1000 GMT) and pushed back around one hundred protesters attempting to gather on the Champs Elysees shopping avenue, the Paris police prefecture said.