Hundred of children have died in al-Hol Camp 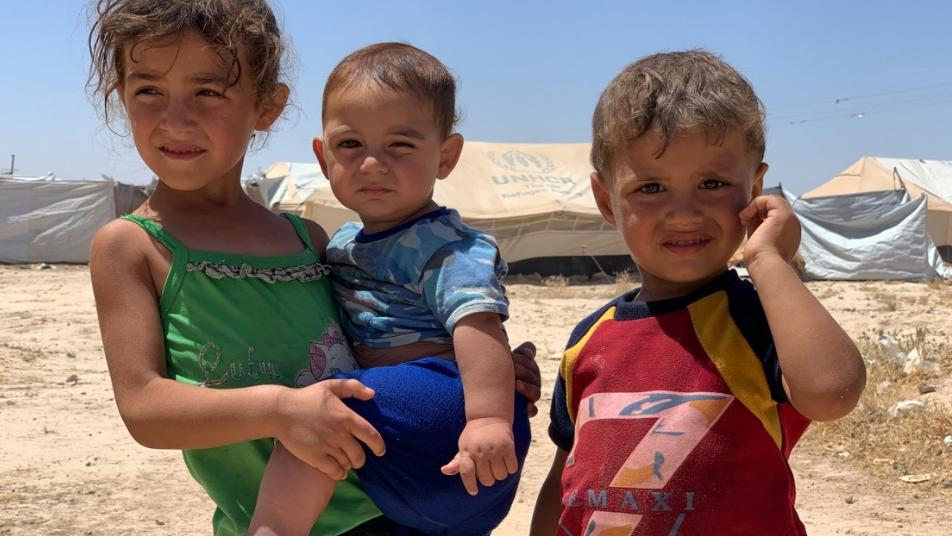 Orient Net
Hundreds of children have died at a tent camp for the wives and children of suspected ISIS terrorists in northwestern Syria, over the past nine months, the International Rescue Committee (IRC) has reported.
Data from the humanitarian group shows that 339 children lost their lives due to disease and other conditions between December 2018 and September 2019 at al-Hol camp.
The number of children aged-under-five who had died at the camp has doubled since March this year, owing at least in part to the terrible conditions the IRC added.
The report calls life a “purgatory-like existence” for the 70,000 currently living there, the vast majority of whom are women and children.
There are 7,000 children who are the progeny of foreign nationals, due to their parents’ suspected membership of ISIS.
The appalling conditions have led to 406 recorded deaths, 339 of whom – over 80 percent  – were children.
The IRC’s report states that over a third of these deaths took place in tents, where children have no access to health facilities and the majority of cases are preventable.
It said the main causes of child deaths are severe malnutrition with complications and diarrhea with dehydration and pneumonia – an indicator of the abysmal health conditions and the lack of humanitarian assistance.
The foreign section of the camp called the Annex is reportedly the worst part to live in, with few health services available despite the general improvement of the rest of the camp.
Residents here face extreme restrictions on their movement, with women sometimes forced to give birth alone in their tents.
The IRC fears that a “narrative of ‘radicalisation’ is hindering humanitarian access and the impartial delivery of aid to all those in need – including foreign women and children”.
A third of all reported deaths of children in the camp occurred in the Annex.
Misty Buswell, Middle East Policy, Advocacy and Communications Director at the IRC urged the international community to “scale up” humanitarian services at al-Hol camp, and advocated for the repatriation of the children of foreign nationals.
“The tragic increase in child deaths underscores the need for countries of origin to repatriate these children and ensure that they don’t become stateless, and for the international community to take the necessary steps to ensure the safety and well-being of these innocent victims of the conflict.”