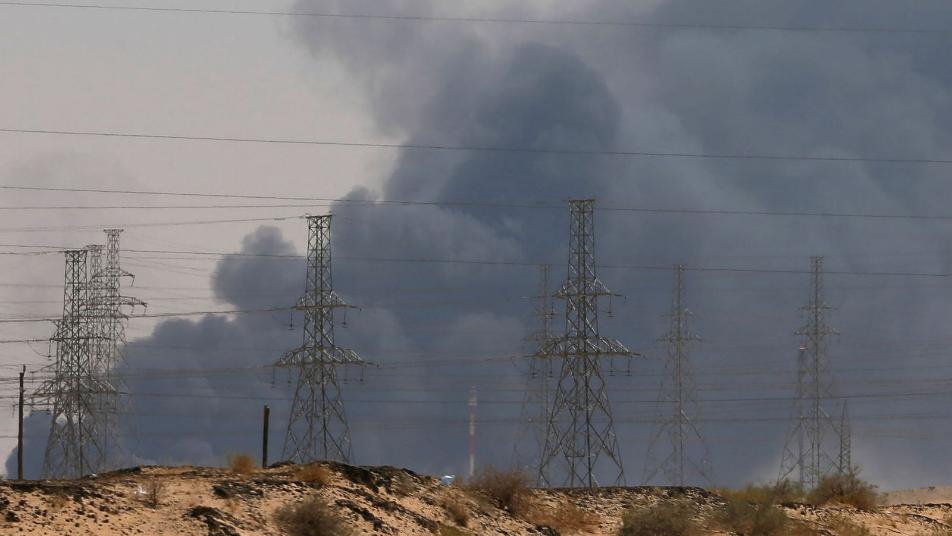 Orient Net
US President Donald Trump said on Sunday (September 15) the United States was “locked and loaded” for a potential response to the attack on Saudi Arabia’s oil facilities, after a senior US administration official said Iranian regime was to blame.
Trump also authorized the use of the US emergency oil stockpile to ensure stable supplies after the attack, which shut 5% of world production and sent crude prices soaring more than 19% in early trade on Monday, before moderating to show a 10% gain.
There is reason to believe that we know the culprit, are locked and loaded depending on verification, but are waiting to hear from the Kingdom as to who they believe was the cause of this attack, and under what terms we would proceed!” Trump said on Twitter.
Earlier in the day, a senior US official told reporters that evidence from the attack, which hit the world’s biggest oil-processing facility, indicated Iran was behind it, instead of the Yemeni Houthi group that had claimed responsibility.
US Secretary of State Mike Pompeo also said there was no evidence the attack came from Yemen, where a Saudi-led coalition has been battling the Houthis for over four years in a conflict widely seen as a proxy war between Saudi Arabia and Iranian regime.
“Amid all the calls for de-escalation, Iran has now launched an unprecedented attack on the world’s energy supply,” Pompeo said.
Iranian regime’s Foreign Ministry spokesman Abbas Mousavi dismissed the US allegations that it was responsible was “pointless”. A senior Revolutionary Guards commander warned the Islamic Republic was ready for “full-fledged” war.
“All American bases and their aircraft carriers in a distance of up to 2,000 kilometers around Iran are within the range of our missiles,” the semi-official Tasnim news agency quoted Commander Amirali Hajizadeh as saying.
Tensions between Washington and Tehran were already running high because of a long-running dispute between the two nations over Iran’s nuclear program that led the United States to impose sweeping sanctions.
Based on Reuters