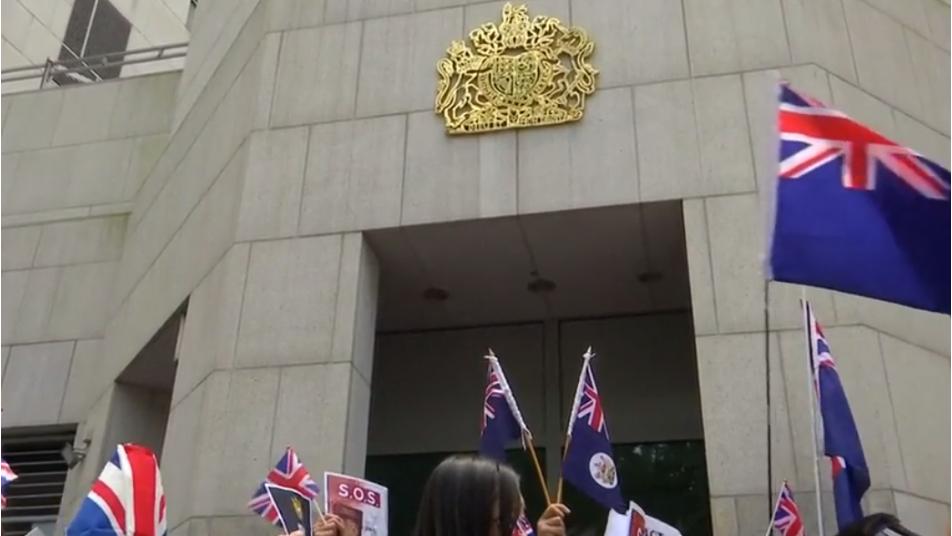 Hong Kong protesters sing "God Save the Queen" in plea to Britain
__new_Underarticle_image_EN__
Orient Net
Hundreds of Hong Kong protesters singing "God Save the Queen" and waving Union Jack flags rallied outside the British Consulate on Sunday (September 15) demanding that the former colonial power ensures China honours its commitments to the city's freedoms.
The Sino-British Joint Declaration, signed in 1984, lays out Hong Kong's future after its return to China in 1997, a "one country, two systems" formula that ensures freedoms not enjoyed on the mainland.
"One country, two systems is dead," they shouted in English under the sub-tropical sun, some carrying the colonial flag also bearing the Union Jack. "Free Hong Kong."
The Chinese-ruled territory has been rocked by weeks of sometimes violent pro-democracy protests, with demonstrators angry about what they see as creeping interference by Beijing in their city's affairs despite a promise of autonomy.