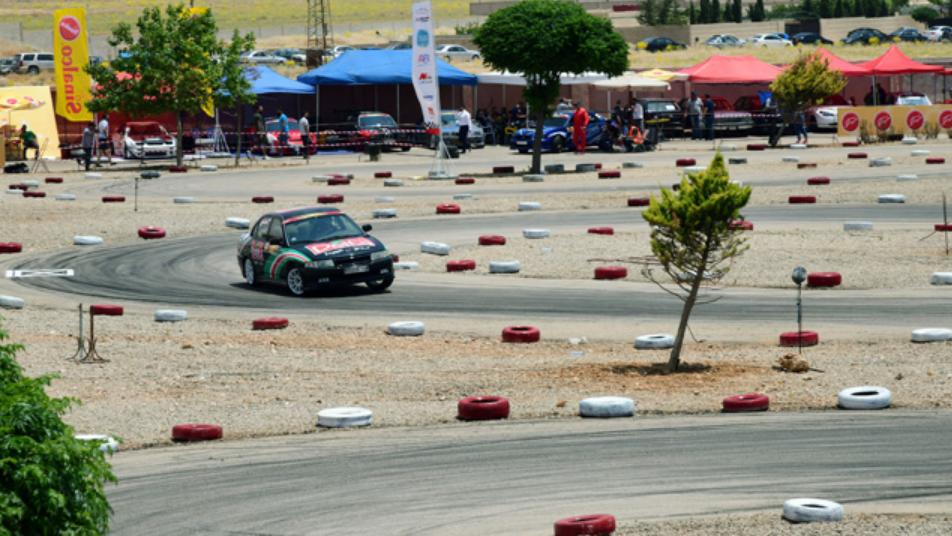 SANA photo
Orient Net
Money from Formula 1 has been used to develop a race track in Syria just a few miles from a jail where as many as 13,000 people have been executed under Bashar Assad’s regime.
Over the past eight years the country has been ravaged by a bitter war which has left more than 400,000 people dead and led to 11.7m Syrians requiring aid this year alone according to data from the United Nations.
Company documents show that the Syrian Automobile Club (SAC) were awarded funding for a new racetrack in the war-torn dictatorship to develop a new generation of racing drivers who will eventually compete in a national championship.
The funds came from a grant scheme from F1’s governing body, the Fédération Internationale de l’Automobile (FIA) which operates in 144 countries around the world. F1 funds the regulator.
Syria had already been awarded money for safety equipment for its racing sport scene. But now money has been granted for a full racing circuit for karting, a feeder sport for F1.
Reports from the Assad regime-run News Agency (SANA) show that the SAC has arranged numerous races which were sponsored by the regime-controlled Ministry of Tourism.
In 2017 Amnesty International claimed that as many as 13,000 people had been executed at nearby Sednaya jail over a five-year campaign of torture. This was echoed by the US State Department which said that a crematorium had been built there to dispose of bodies after mass hangings of thousands of inmates.

The SAC is supported by both the regime that is understood to have authorised these attacks and by the FIA’s grant scheme which was fuelled with money from F1.
F1 has no control over how the FIA invests the money and there is no suggestion that the projects which receive funding are illegitimate or that any sanctions have been broken.
However, Chris Doyle Director of the Council for Arab-British Understanding (CAABU) says that “a delicate balance has to be made between not supporting a regime that continues to commit war crimes and grave human rights abuses, and at the same time not penalising Syrian people who have to be able to have a life. Syria is still a member of the International Olympic Association, FIFA and other sporting bodies.
“Supporting grassroots sporting activities that can help Syrians recover from the trauma of war and oppression might be valuable but at the same time, all efforts must be made to prevent the Assad regime from abusing this for nefarious public relations purposes that attempt to burnish its credentials amongst its own people.”
Since the scheme was launched in 2014 a total of €14.1m has been paid out and although it isn’t clear how much the SAC received, the maximum amount available for each grant is €50,000 so it could have got as much as €250,000. It is hard to see how it will even scratch the surface of Syria’s problems.
F1 declined to comment. The FIA said in a statement: "All grants are subject to internal scrutiny and the FIA will continue to lead the way in ensuring compliance."
By Christian Sylt
Based on the Telegraph