US: We have proof that Adrian Darya 1 transferred oil to Assad regime 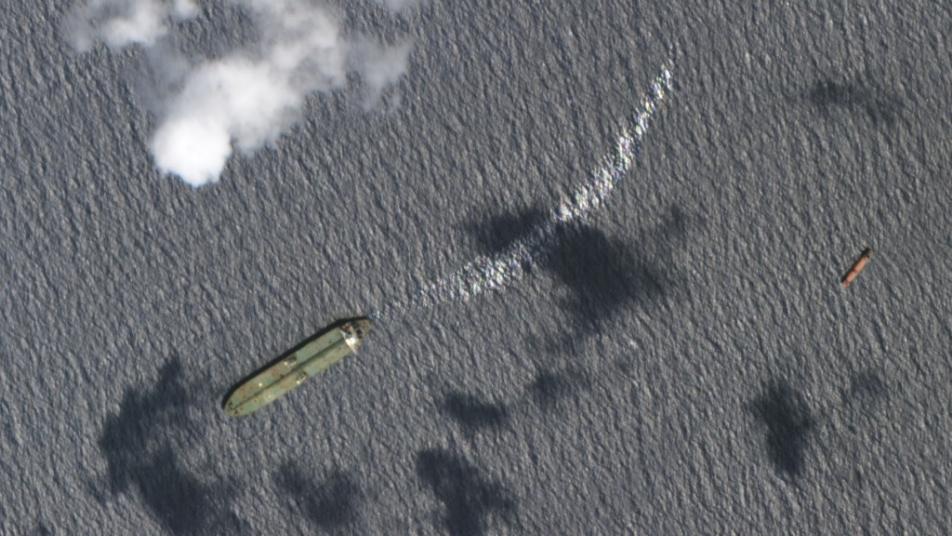 Orient Net
Iranian regime has been breaking "promises" after the Iranian regime’s tanker Adrian Darya 1 allegedly delivered oil to Syria despite assurances to the contrary, the US State Department said on Thursday (September 12).
Previously named Grace 1, the vessel was held for six months by the British overseas territory of Gibraltar until authorities received written assurances from Iran that it wouldn’t sail to Syria in breach of European Union sanctions.
"This fits into the web of lies perpetrated by the Iranian regime for 40 years," State Department spokeswoman Morgan Ortagus told reporters in Washington. "Their deception and broken promises are not just aimed at the international community, but the Iranian people too. Despite the revolutionary promises of a better society, the thugs in Tehran have consistently repressed women, minorities, and human rights advocates."
When asked if the United States has evidence that Adrian Darya 1 transferred oil to Syria, Ortagus said: "I wouldn’t say that if we didn’t."
Britain on September 10 also accused Iran of back pedaling on its promise.
Iranian regime's envoy to Britain, Hamid Baeidinejad, was summoned by the British Foreign Ministry. He denied Tehran had broken assurances and said a private company bought the tanker's oil cargo.
The private buyer "sets the sale destination," Baeidinejad was quoted as saying.
On September 9, Iran’s Foreign Ministry only said the Adrian Darya 1 tanker delivered crude at an undisclosed location.
The United States last year withdrew from a landmark nuclear deal between Tehran and world powers, and has since reimposed and tightened sanctions on Iran that include its lucrative oil industry.
Based on RFE