Deputy Assistant Secretary of State to Orient: US is not silent on Idlib 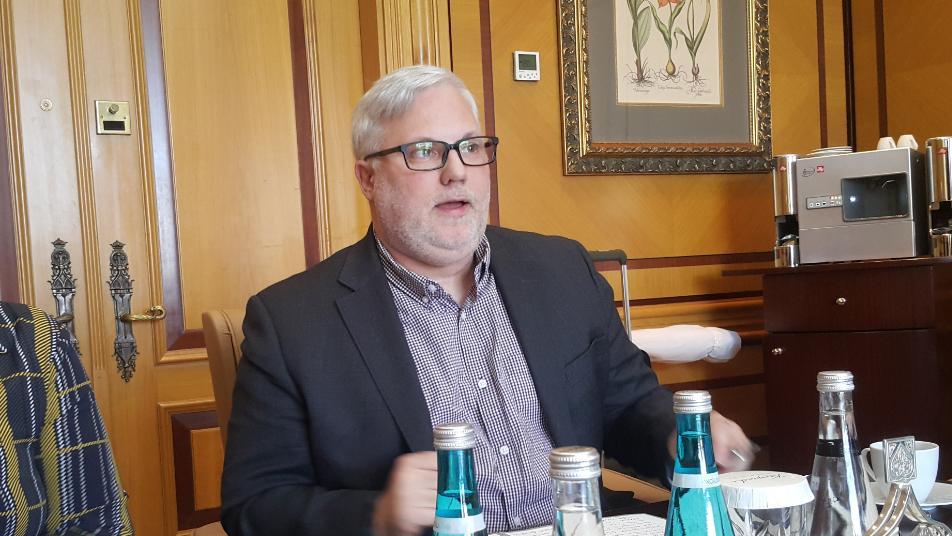 Orient Net
Deputy Assistant Secretary for Levant Affairs and Special Envoy for Syria said the Assad regime would not make progress in Idlib and Hama province without the military support by Russia and the Iranian regime.
Joel Rayburn said in a meeting held in Istanbul on Saturday with several journalists that the attacks launched by the regime and Russia targeted and displaced civilians and destroyed the infrastructure, adding that the attacks didn’t target "terrorist groups" as they claimed.
Rayburn assured that the US would keep its sanctions on the Assad regime and its backers, adding that the EU would keep imposing sanctions to starve the financial revenuers of the regime.
The regime’s economy is extremely weak and there are no foreign currencies deposited in the regime’s banks, economists see the Syrian Pound would depreciate to reach 700 against the dollar, he explained.
When the director of Orient News TV Istanbul Office asked him about the American silence on the massacres in Idlib, Rayburn answered: “My county is not silent on the situation in Idlib. It uses economic sanctions against the Assad regime and its allies to halt the military operation there”.
Rayburn is a retired US Army officer who served in a variety of assignments in the Middle East, Europe, and the United States from 1992 to 2018. He also taught history at the US Military Academy at West Point and is the author of several books and articles on the Iraq War. He was commissioned into the Army after graduating from West Point in 1992 and holds a master’s degree in History from Texas A&M University and in National Security Studies from the National War College.