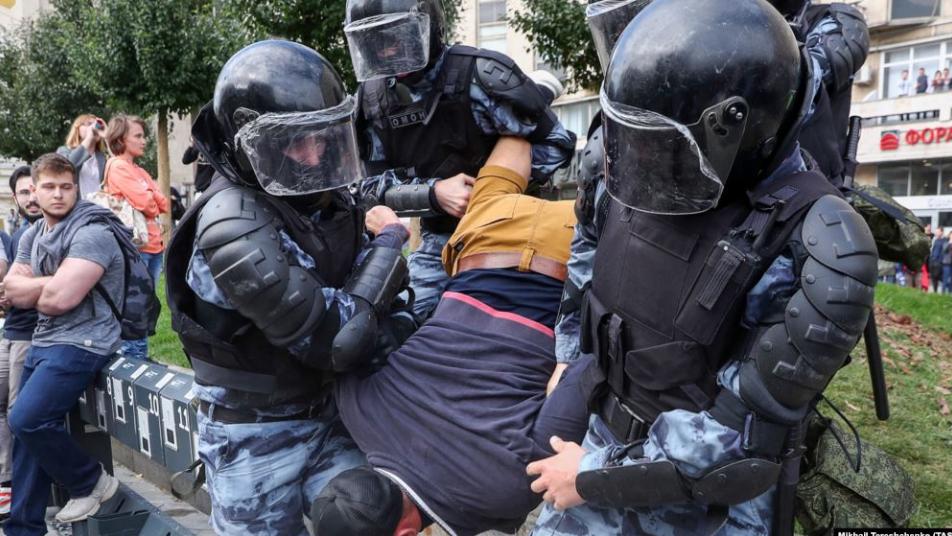 Orient Net
Russian police detained an election-monitoring activist in Moscow just hours before city residents voted for city council candidates.
Vladimir Yegorov, a communications specialist for Golos, an independent election-monitoring organization, was detained and charged with hooliganism, his colleague Grigory Melkonyants said in a September 8 post on Facebook.
"So far we have been unable to contact Yegorov. His phone has been turned off and they are not allowing anyone to see him," Melkonyants said. "We have no doubt his detainment is connected to his work for fair elections."
OVD-Info, a group that monitors protests and arrests in Russia, also stated that Yegorov had been detained.
Golos is one of Russia's most prominent election-monitoring organizations. It has been repeatedly pressured by authorities in the past, and was labeled a "foreign agent" in 2013 under a law aimed at restricting nongovernmental organizations ability to receive foreign funding.