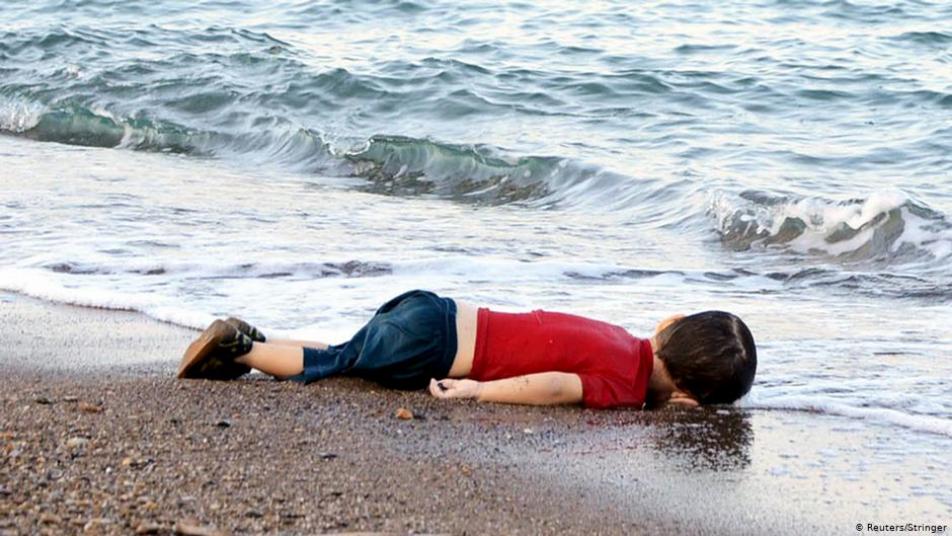 Orient Net
People commemorated on Monday (September 2) fourth anniversary of the death of Alan Kurdi, a 3-year-old Syrian refugee when his body was washed ashore Turkey's Mediterranean coast off Bodrum.
Few photos shook the collective public conscience like that of the lifeless body of Syrian boy Alan Kurdi washed ashore in Turkey's western coast. Yet, four years after the toddler's death en route to Europe, the continent remains both a gateway to hope and a place unreachable by migrants, amid opposition to their arrivals from the majority of EU countries.
Two-year-old Kurdi's name was etched into the public memory when he drowned with his mother and elder brother as they traveled from Turkey to Greece. A frail, tiny figure lying motionless face down on the shore, Kurdi became the posthumous icon for campaigns to draw attention to the deadly journeys migrants take to reach Europe.
A migrant rescue ship launched by a German charity bears his name and picks up migrants in the Mediterranean. Yet, just like its namesake, the ship cannot reach Europe as Italy's far-right interior minister Matteo Salvini banned it from Italian waters.
Kurdi's iconic photo changed the world's view of the migrant "crisis" as thousands of people fleeing civil war in Syria, conflicts and poverty in Asia and Africa sought a safe haven in Europe. The toddler was among 12, including eight children, who drowned in a sinking migrant boat traveling from Turkey's Bodrum to a nearby Greek island.
His father was the only survivor from the family. As the award-winning photo by Turkish journalist Nilufer Demir made the rounds on international media, Kurdi's father Abdullah became a voice for migrants appealing to the world to keep them "alive." "The whole world should see us. I lived through a disaster but I don't want others to suffer as we did," he said after the tragic death of his sons and wife.
Bodrum, a popular resort town that attracts holidaymakers from all around the world, has been a hub for migrants as well as it is a short distance from Greek islands in the Aegean Sea. Locals are accustomed to migrants anxiously awaiting on the town's coast to board boats while looking to evade security forces.
However, Kurdi's lifeless body was a grim reminder of how serious the migrant drama is. 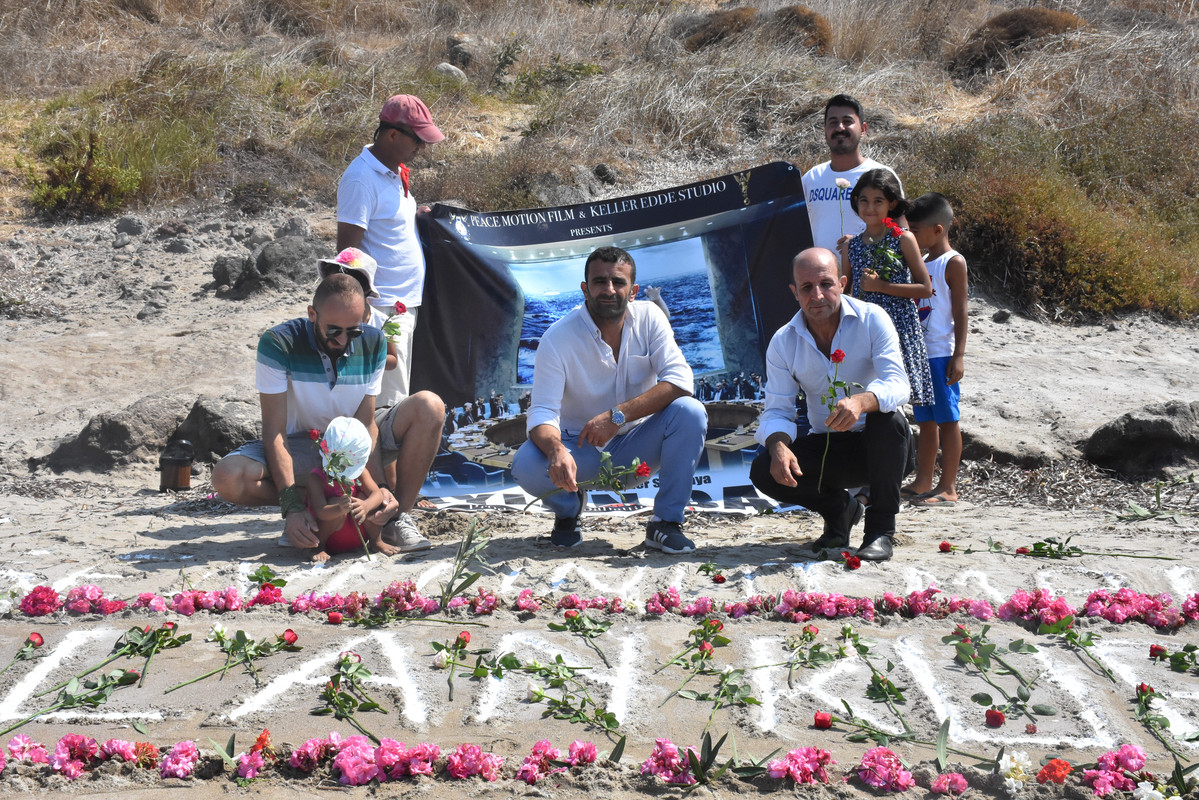 Ugur Ozdogan, a 75-year-old man who spends his summers in Akyarlar, the Bodrum neighborhood where Kurdi's body was found, recalls the fateful day four years ago. Ozdogan remembers seeing an unusual crowd gathered on the coast and gendarme troops picking up "things" from the beach. He says he was "speechless" when he approached the crowd and saw Kurdi lying motionless on the ground, with waves touching the toddler's body.
"This was a day I cannot forget," Ozdogan told AA. "Baby Alan was probably one of many children who died here and most disappeared without a trace in the sea," he adds and called on migrants not to risk their lives. "They think the [Greek] islands are nearby but they don't know how dangerous and high the waves here are," he said.
Ozdogan says smugglers are the main culprits in migrant deaths, tricking them into taking a "safe" journey. Ozdogan himself was a victim of human smugglers who stole his boat to carry migrants. "I found it here, in the spot where Alan died. It was stuck on the beach as the water was shallow then. If they could move it, probably more migrants would have died," he said.
Alan’s death prompted an overwhelming response from Western countries, with leaders of Spain, France and Italy calling for a solution to the migrant crisis. Germany and France announced new steps to review their policies toward migrants. The UK announced it would resettle 20,000 Syrians while the US and the UN organized summits to respond to the migrants' plight.
Germany also relaxed its rules for admission of migrants. This was good news for a while but the numbers show that the drama still persists for many migrants. Overall, 32,741 illegal migrants died while trying to reach other countries since 2014 and 688 of them died in the Eastern Mediterranean, where Alan Kurdi died, and 1,654 among those perished in pursuit of a better life were children.
International Organization for Migration (IOM) official Julia Black told Anadolu Agency (AA) that 1,589 migrants died in the Eastern Mediterranean in the last five years. Black calls for the implementation of policies that will ensure "a safe and regular" route for migrants to end the deaths.
This year, 909 migrants died en route to European shores with 339 among them drowned. This number was 529 in the Americas, 185 in Africa, 29 in Asia and 85 in the Middle East.
Differences among EU member nations over how to manage mass migration have sparked a political crisis in Europe, while attempts to reform the bloc's asylum system have failed. The issue has been a vote-winner for far-right and populist parties.
Last Thursday alone, more than a dozen boats arrived with around 600 migrants, prompting the government's Council for Foreign Affairs and Defense to hold an emergency session. To curb the influx, Greece also plans to tighten its border controls and speed up deportations of rejected asylum-seekers.
Based on DS, TRT