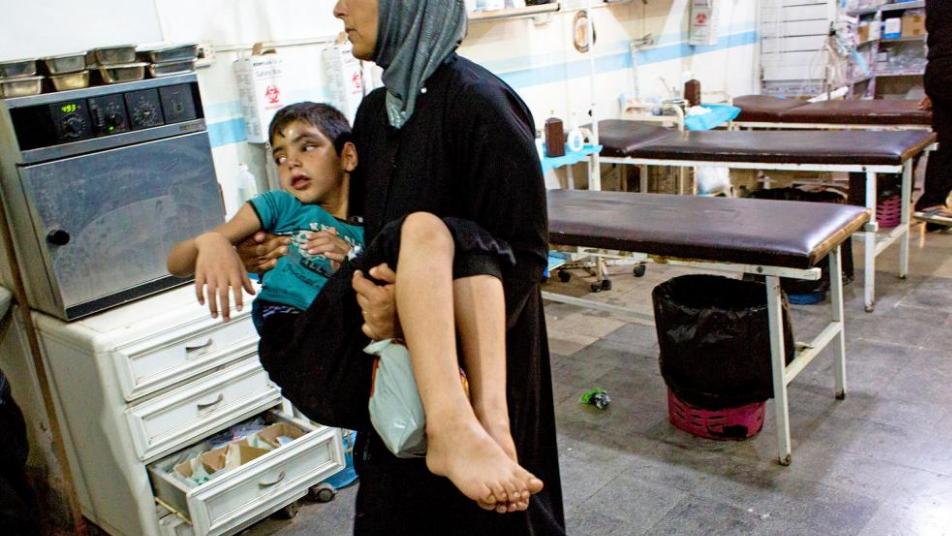 The emergency ward at Idlib city central hospital YUSUF SAYMAN
Wearing spotless blue scrubs, Dr Saeed al-Khalif strode through the groups of patients who had flocked to Idlib city central hospital for help: a young woman clutching a limp, ashen-faced baby to her chest, bandaged fighters in filthy battle fatigues, a small girl with black curly hair and a missing arm. Blood lay slick on the beige tiles of the surgical theatre, where a mutilated man — cut to pieces by shrapnel — lay deeply anaesthetised, blank eyes facing up towards the ceiling.
The air smelt of disinfectant and blood, thick and rusty. In the emergency room the doctor’s patients waited in the eerie quiet, heavy with expectation. Everyone was acutely aware of the three lights on the wall, an early warning system for the airstrikes that had been pounding the province for months, deliberately targeting hospitals and civilian infrastructure. A blue light clicked on when a strike hit nearby, a yellow one when there was a possible threat and a red when there was an immediate threat to the hospital.
In Syria’s last war zone, everyone knows the bombs can come at any moment, sending shards of lethal metal and glass flying and bringing the walls of the hospital crashing down. It happened before, and it probably will again. Four months ago the paediatric ward was shelled and badly damaged. The corridors and wards lie empty now, cheerful red and yellow murals painted on the walls, the examination rooms filled with broken gurneys and scattered medical instruments. Doctors are sure it was deliberately targeted. 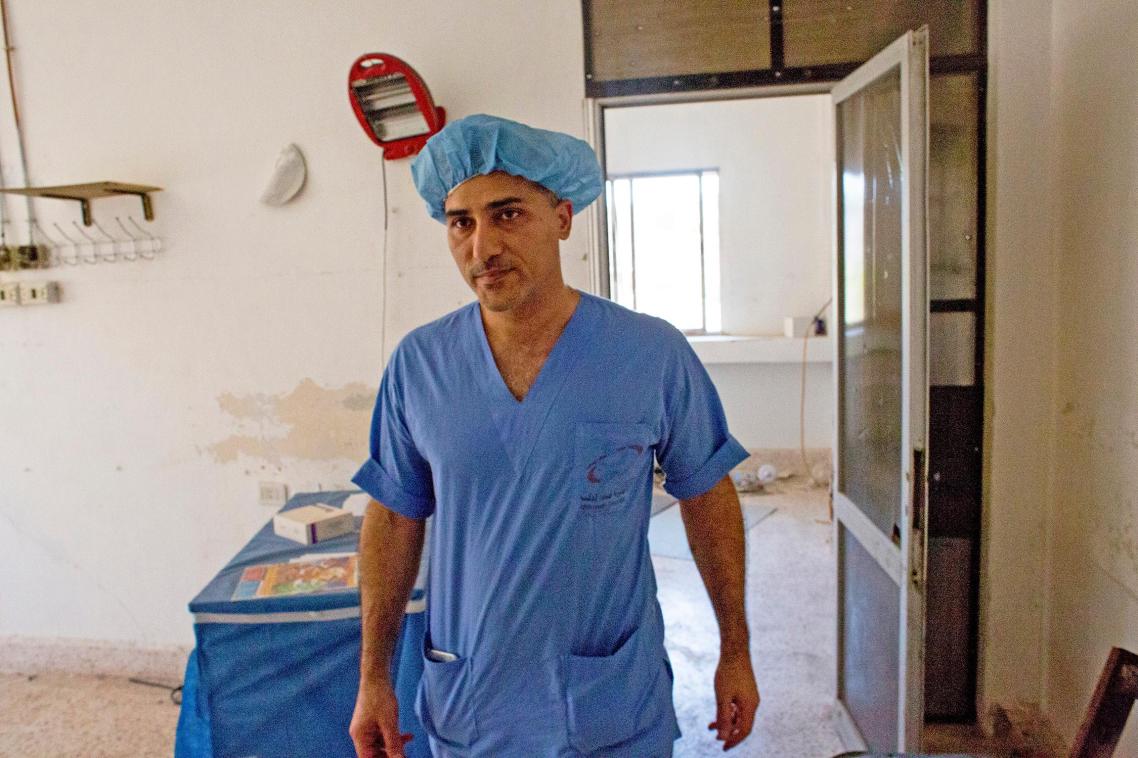 “The yellow light goes on all the time. We only react if it’s the red light,” said the doctor, a drawn, efficient man of 39. “Then we help the patients move to another part of the hospital, if there’s time. But the doctors keep working. We know we’re going to die, so there’s no point in stopping.”
Only desperate patients come here. In Idlib everyone knows that hospitals are some of the most dangerous places to be. The opposition-held province — the last bastion of fighting in northwest Syria — is under relentless attack by the Assad regime and his Russian allies. Monitoring groups say regime aircraft have systematically targeted hospitals, markets and other civilian infrastructure in an effort to make these areas completely uninhabitable.
In the past four months the bombardment has intensified as the regime has made a series of gains in the south of the province. More than 100 schools and 48 medical facilities have been bombed and 862 civilians have been killed, including 226 children, according to the Union of Medical Care and Relief Organisations, an alliance of NGOs. Hundreds of thousands have fled their homes in an attempt to find safety near the Turkish border. The handful of hospitals still open struggle to absorb the sick, wounded and dying.
Shelling of southern Idlib continued after a Russian-brokered ceasefire that was scheduled to go into effect yesterday morning. Doctors in Idlib said they had no faith in this ceasefire, just as they’d had no faith in previous ones, all of which collapsed. “Russia and the regime have no covenant,” Khalif said.
__new_in_first_article1__
The Sunday Times is the first British newspaper to visit the beleaguered province for two years. It is the first to enter Idlib city for much longer. We found civilians living in terror, convinced that soon the regime would roll into this last opposition-held province, pounding towns and villages into nothing as they went.
Miraculously, no one died when the shells hit the paediatric ward in Idlib city hospital four months ago. The earth berms piled around the hospital were, the doctors believed, some protection. But with each passing day, the war seems closer. Last week airstrikes hit very close to the hospital — despite the fact that the front line lies 30 miles to the south.
“We do our best,” said Khalif, an orthopaedic surgeon. “But this is the worst it’s been. We’re facing huge pressure because they targeted all the hospitals in the south so the patients are all coming to us. There is a big gap of equipment: we need instruments, antibiotics, everything.”
As he spoke, a skinny woman with a black niqab covering her face ran into A&E, heels clacking on the tiled floor, her baby hanging unresponsive in her arms. No one wants to stay long in these claustrophobic surroundings, but sometimes there is no other option.
In another room children sat quietly on gurneys while their mothers squatted on the floor, staring at the visitors. The most severe cases are taken to Turkey, whisked by ambulances across the usually closed border to hospitals there. 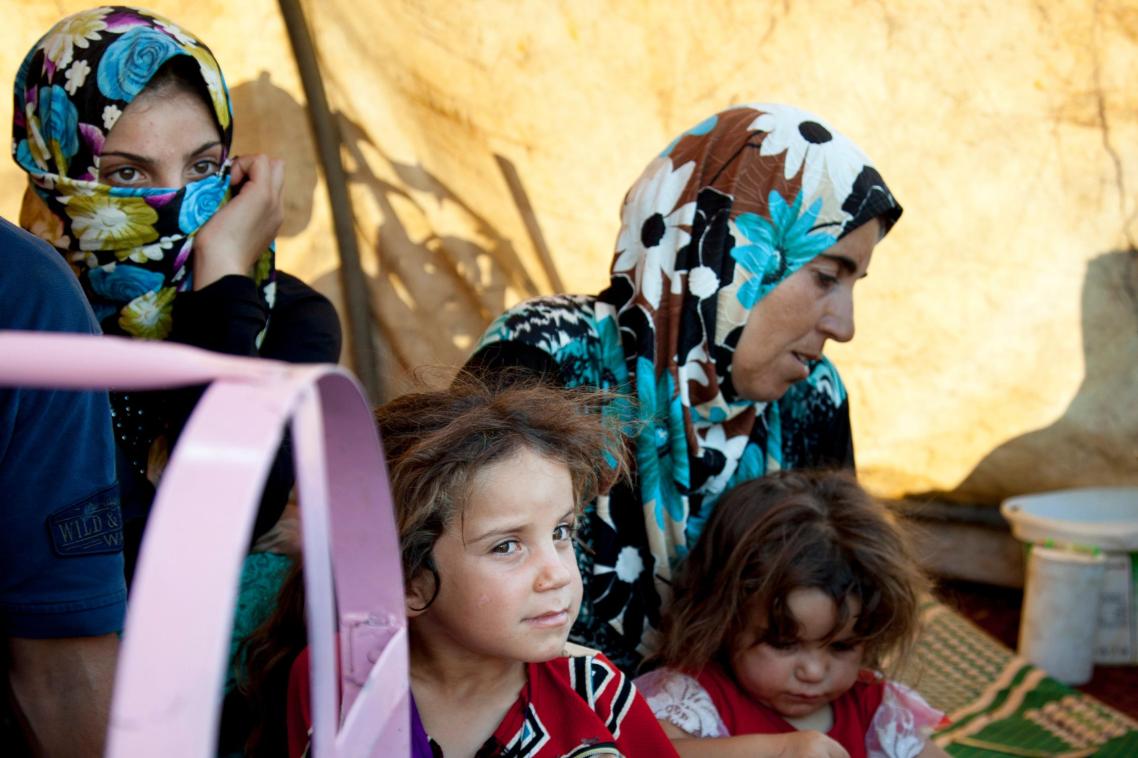 Inside the city, civilian life carries on amid the bombs. A smart men’s suit shop stood open, while the women’s equivalent sold sequined evening dresses. Vegetable sellers spilt into the road. There was even a sign advertising a horse-riding club. But at any moment, everyone knew, everything could change. Entire blocks of flats lay splayed open, smashed into rubble from airstrikes. Those who had lost their homes were living in the ruins. One residence consisted of a corrugated iron lean-to and blankets stretched up on what might once have been a curtain pole.
Only the luckiest can find a flat to rent. Idlib city is so crowded with civilians flooding up from the south that there is nothing left for newcomers. Instead they make for the Turkish border, 20 miles north of Idlib city. Here they camp out in the olive groves, seeking shade from the 35C heat during the day, and lying down on the red earth at night. There is little aid, and both food and water are sold at absurdly inflated prices. Illness is rife.
“This life is like death,” said an 18-year-old woman, who was too scared to give her name. In her lap she cradled her son, Hamoudi. He had a tuft of blond hair and was 18 months old, listless with what appeared to be sunstroke. “We don’t have water, we don’t have food, we don’t have money. Even if the men try to find work, there is nothing for them to do,” she said.
__new_in_first_article2__ 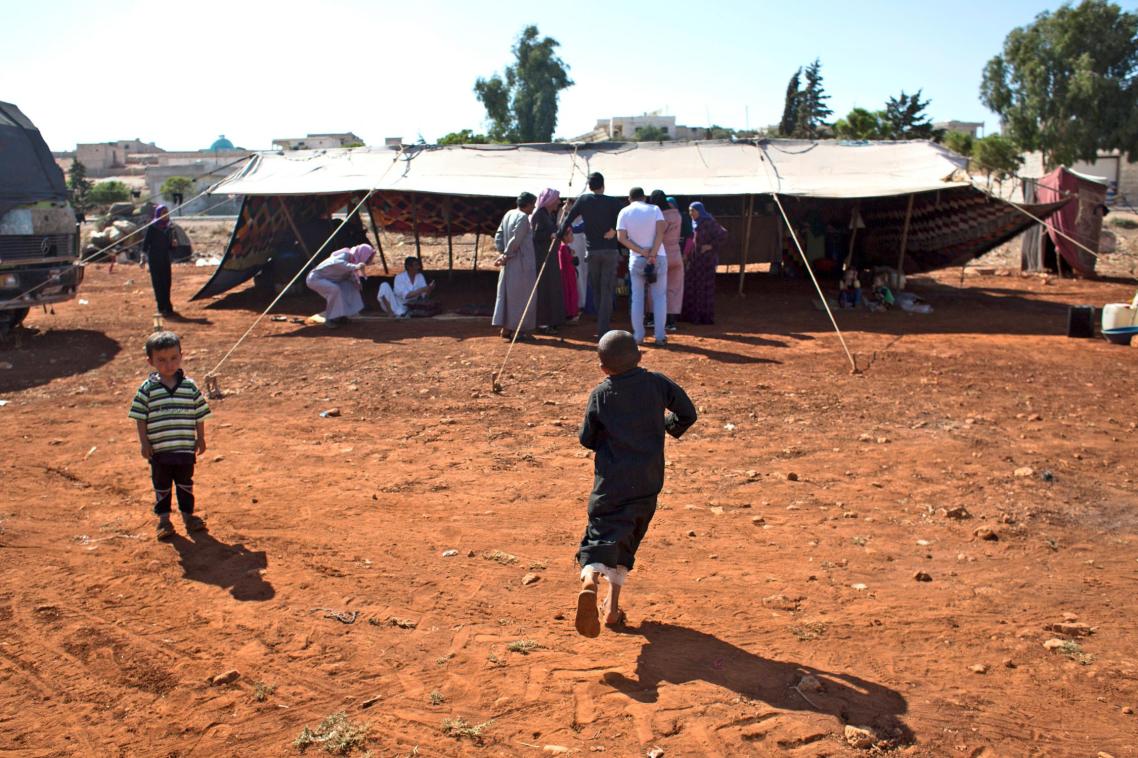 They had fled their homes near Maarat al-Numan, a town to the south that has been pounded by airstrikes, a week ago, and were living with 15 of their extended family in a shelter they had made from canvas and blankets. An older woman was cooking lunch for all of them: a single pan of tomatoes and onions that they had bought cheap, because they were rotten.
“Do we look like terrorists?” Hamoudi’s mother spat, her face bright red in the heat.
Not far away stood another makeshift tent, housing three families who had fled their homes. Among them were two mothers, Shamsa and Samaher, who cradled their babies — five and six months old. The children were wan and tired.
“We can’t make enough milk to breastfeed them, and we can’t afford milk powder,” said Shamsa, 22. “We’ve been feeding them soft vegetables mixed with water, but we don’t have enough money to buy them. They’re so weak. We don’t know what to do.”
An older woman in the tent interjected. “This is a miserable life,” she said. “We know Assad will come again, and the suffering will continue.”
By Louise Callaghan, the first British newspaper journalist in two years to report from the opposition-held province of Idlib, where hospital workers are battling to save lives as Assad regime airstrikes get closer.
Edited according to Orient Net
Link to the original source of The Times
قيم هذا المقال