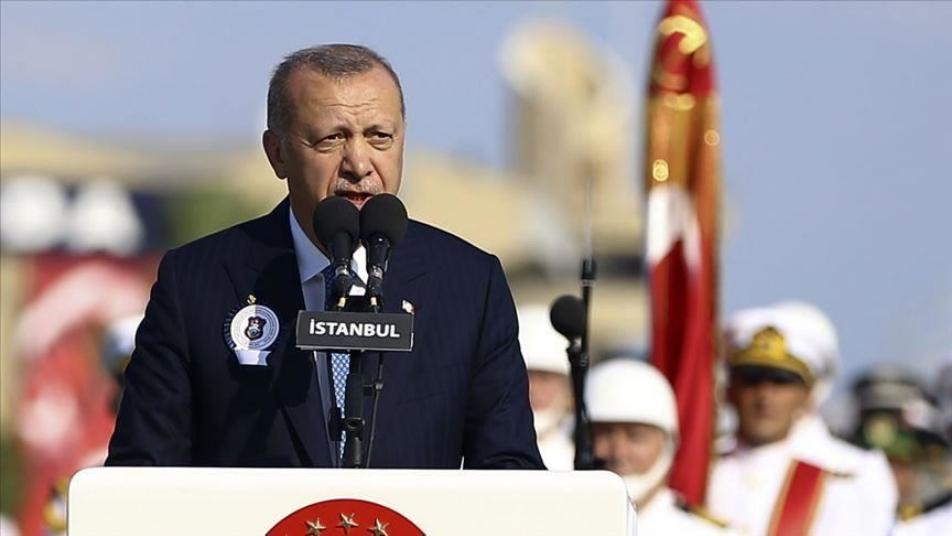 Orient Net
Turkey will launch its own operation to establish a "safe zone" in Syria if talks with the United States fail to give Turkish troops control of the area within a few weeks, President Tayyip Erdogan said on Saturday.
Washington and Ankara have been at odds over plans for the region in northeastern Syria where the US-backed force led by the Syrian Kurdish YPG militia have been fighting Islamic State.
Ankara considers the YPG a terrorist group because it says it has links to Kurdish militants in Turkey.
Turkey and the United States have set up a joint operation centre for the planned zone along the border with Turkey but have disagreed over the size of the zone or the command structure of the forces to operate there.
"We do not have much time or patience regarding the safe zone which will be established along our entire border east of the Euphrates (river)," Erdogan said in a speech at a graduation ceremony at the National Defence University in Istanbul.
"If our soldiers do not control the region within a few weeks, we will put our own operation plan into effect," he said, adding that he wanted Turkish soldiers to start setting up the "safe zone" in two to three weeks.
Ankara and Washington have also fallen out over Turkey's purchase of Russian S-400 missile defence systems, prompting Washington to begin removing Turkey from its programme for manufacturing F-35 jets, which Turkey also planned to buy.