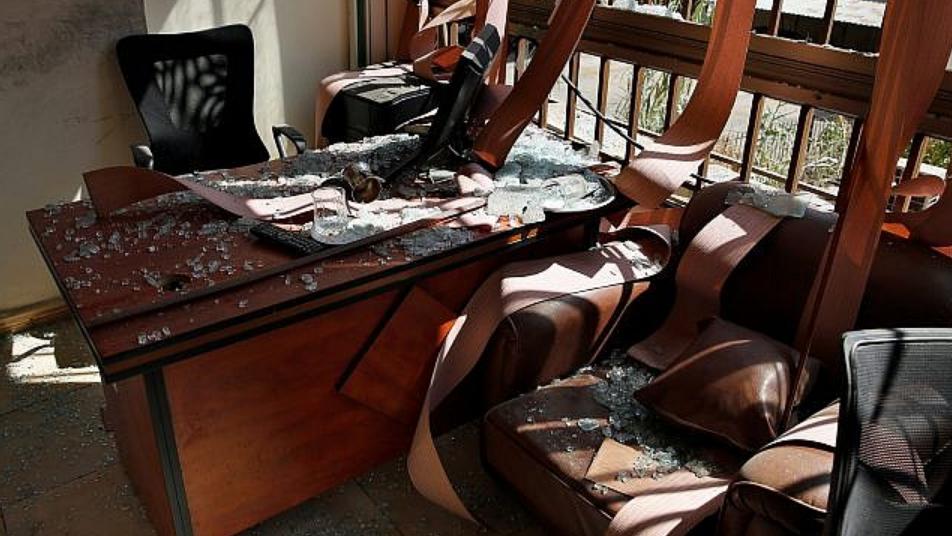 Media office of Hezbollah militia in Beirut, Lebanon, August 25, 2019. (AP Photo/Bilal Hussein)
Orient Net
Israeli air strikes hit a military position belonging to a Palestinian group in Lebanon, near the Syrian border, early on Monday (August 26), a security source and Lebanon’s An-Nahar news said.
The position belonged to the Popular Front for the Liberation militia of Palestine-General Command and there were no injuries, the Lebanese security source and newspaper said.
The strikes came a day after two drones, which the Lebanese army and the Iranian regime’s-backed Hezbollah militia said were Israeli, crashed in the Hezbollah-dominated southern suburbs of Beirut, with one exploding.
An official from the Palestinian position in the Lebanese town of Qusaya said three air strikes hit it, causing only material damage. An-Nahar said anti-aircraft fire was launched from the position.
“MK planes (drones) targeted one of our sites with three small rockets. There were no casualties, only material damage,” Abu Muhammad told An-Nahar.
On Sunday, Hezbollah militia leader Hassan Nasrallah warned the Israeli army stationed along the border with Lebanon that his movement was preparing an imminent response to two Israeli drones which crashed overnight in a suburb of Beirut.
Based on Reuters