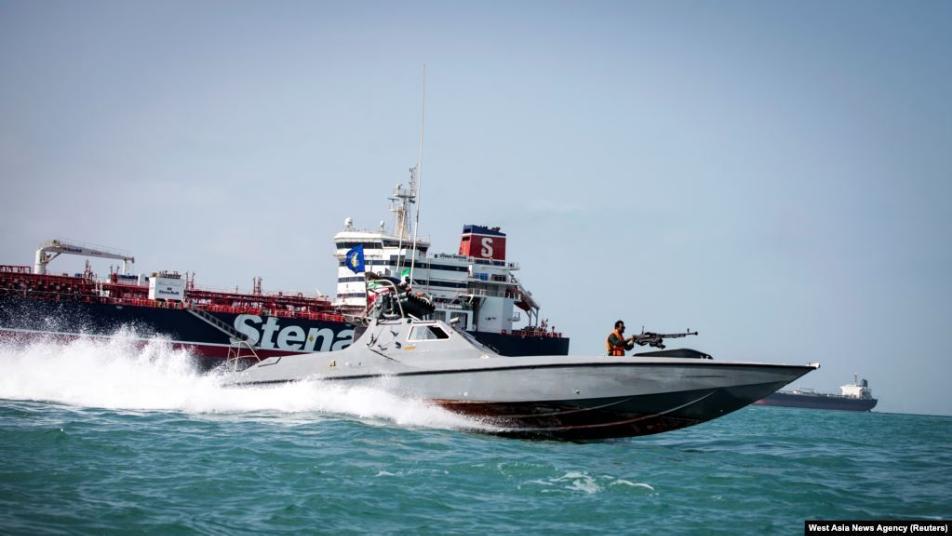 USA will enforce sanctions over Iranian regime's tanker
The United States will aggressively enforce its sanctions to prevent the private sector from assisting an Iranian regime's oil tanker that is traveling through the Mediterranean and that Washington wants seized, a State Department official said on Thursday (August 22).
“The shipping sector is on notice that we will aggressively enforce US sanctions,” the official told Reuters days after warning countries not to allow the tanker to dock.
Ship tracking data has shown the ship, Adrian Darya, formerly called Grace 1, last heading toward Greece, although Greece’s prime minister said it was not heading to his country.
The official, speaking on condition of anonymity, warned that the United States would act against anyone who directly or indirectly helped the tanker.
__new_in_first_article1__
“All parties in the shipping sector should conduct appropriate due diligence to ensure that they are not doing business with nor facilitating business for, directly or indirectly, sanctioned parties or with sanctioned cargo,” the official warned.
The ship was released from detention off Gibraltar after a five-week standoff over whether it was carrying Iranian oil to Syria in violation of European Union sanctions.
Soon after the detention order was lifted, a US federal court ordered the seizure of the vessel on different grounds, but that petition was rejected by Gibraltar.
Based on Reuters
قيم هذا المقال