I’ve spent years reporting from Syria. The world has tuned out, but hope still exists 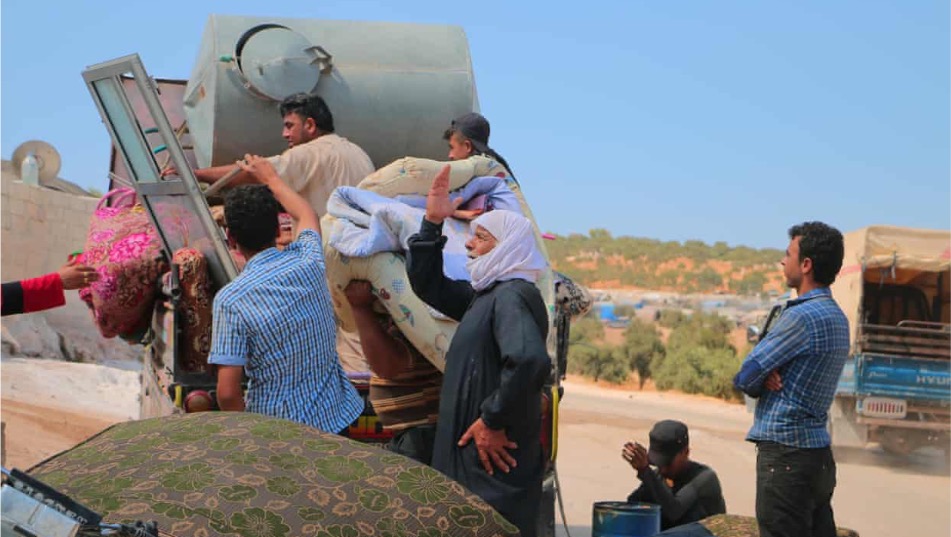 Orient Net - The Guardian
This is often how the news comes in: “Regime airstrikes on Tuesday killed nine civilians in rebel-held northwest Syria, the target of months of regime and Russian bombardment, says the Syrian Observatory for Human Rights.” Working for an international news channel, we follow up these stories with our sources on the ground, the local monitoring group or news agency. Where possible we go to verify for ourselves. Usually, though, I’m miles away on the other side of the border in Hatay, Turkey. Safe.

I’ve reported from inside Idlib, Syria, and I’ve seen the aftermath of airstrikes. Watched curtains flailing among bent and broken metal, seen a doll, some child’s former toy, tossed into the collection trucks picking through the wreckage. I’ve looked at the scars on a child’s face – one of the lucky ones who didn’t die. What the headlines rarely tell you and what rarely gets reported are the names and ages of those young children who have lost their lives. We try, and sometimes we do. However, by the time those verifications come in, often there’s another airstrike, more deaths, that have taken precedence.

Idlib may be back in the news right now, as rebels are pushed out of Khan Sheikhoun, but attention never lasts long. The frequency, particularly in the last few months, with which the Bashar Assad regime and Russia have been carrying out airstrikes is so high that the dead are largely going unnamed. There were three names I managed to report in a recent piece on Syria’s frontline responders, a team called Violet. They often work with the White Helmets and, similar to them, they are the first-responders at the scene of an attack. But at the end of June their ambulance was targeted. Violet lost three staff members. Their names are Mahmoud Al Mustafa, Sa’er Bahloul and Abdul Kader Nahtani.

The videos filmed on helmet cameras that many Syrian ambulance staff wear to record the atrocities caught the bloodied, broken bodies of the team that had been on their way to try to save the life of someone else. We cannot, due to both ethics and broadcasting rules, show the audience most of that footage. You will never see it. But you will see similar appalling footage from these helmet cameras that shows first-responders digging screaming children from under the rubble of an airstrike.
Those videos are vital evidence of war crimes undertaken by the regime and Russia. They are given to the UN. The UN investigates. The UN condemns. But what good are those words in the face of a war crime? At home in the UK, people who can still stomach news of Syria often ask me much the same question. What can be done?

A recent YouGov poll conducted by a nongovernmental organisation called Syria Relief found that nearly a quarter of people in the UK do not know if the war in Syria is still going on or think it has ended. The narrative that the war in Syria is “winding down” is only bolstered by the recent stories from Idlib. But for civilians, the province is as bad as it has ever been – and it’s getting worse.

Since this latest assault by the Syrian regime began on 30 April, the UN estimates that more than 500 people have been killed – the number is likely to be much higher – and more than 400,000 people have been internally displaced. These people have nowhere left to run. The border with Turkey is closed and the rest of Syria has mostly been retaken by the regime. Syrians have been renting patches of land and building makeshift tents among Idlib’s olive groves. “If the regime takes Idlib we will all be killed,” one man said. That moment seems to be getting closer by the day.

Reporting from this region and on this war over the years has become increasingly demoralising. “The UN warns of a potential humanitarian catastrophe in Syria.” “The Idlib de-escalation zone is being violated.” I’ve been saying the same things live on television for years now. The repetition and the lack of international action in response is hard to bear.

When I first started reporting inside Syria at the very beginning of the war I felt humbled at being entrusted with the brave stories of the Syrian men and women paying such a high price in asking for freedom in their own country. Now, I feel humiliation. Just another journalist reporting a tragic situation. There’s an unspoken reality permeating all my interviews: nothing will come of this. Nothing will change.

Is it still bearing witness if the daily horrors in Syria are often being broadcast in real time and it feels like nobody is watching any more and nothing is being done? Yet I keep repeating what I have been saying for years because, despite everything, there is still hope that Syria can be a country again. Remarkably, miraculously, it is surviving. People across the world need to see that.

Don’t call them Syria’s child casualties. This is the slaughter of the innocents
As for the names of the people who have died in the regime attacks over the last three-and-a-half months? We did not get most of them. “People tell us they feel left alone,” an official from a nongovernmental organisation told me when I was interviewing him about the work he was carrying out. And indeed they are. Alone.
What they are left alone with is an international community that cannot or will not act to prevent daily war crimes and a worldwide audience with fatigue at the lack of progress. There are so many people who have died in Syria without even the dignity of being named, and there will be many more.
[url=https://www.theguardian.com/commentisfree/2019/aug/21/syria-war-hope-reporting-daily-horrors?fbclid=IwAR3rZ4t4XFzcZSSnK7yeWNIGebIWGW0voJjxGF0qfs5I-5VHReBNtWN_M94]Click here for the original story
[/url]