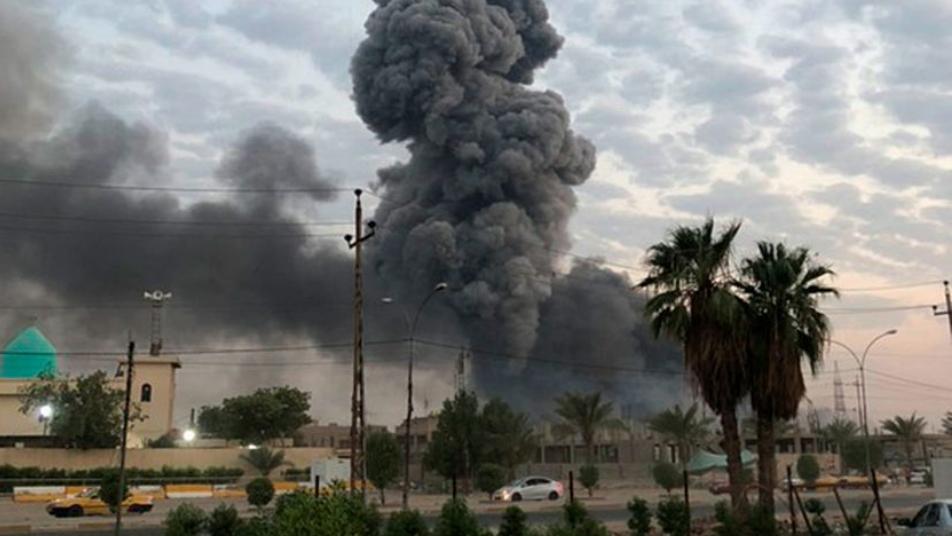 Baghdad parliament groups blame US, Israel for blasts at Shiite militia bases
__new_Underarticle_image_EN__
Orient Net
Baghdad's paramilitary groups on Wednesday blamed a series of recent blasts at their weapons depots and bases on the United States and Israel.
The statement from the Popular Mobilisation Forces (PMF), the umbrella grouping of Iraq's mostly Shi'ite Muslim paramilitary groups, many of which are backed by the Iranian regime, said the United States had allowed four Israeli drones to enter the region accompanying US forces and carry out missions on Iraqi territory.
"We announce that the first and last entity responsible for what happened are the American forces, and we will hold them responsible for whatever happens from today onwards," said the statement, signed by deputy head of the PMF, Jamal Jaafar Ibrahimi, known by his nom de guerre Abu Mahdi al-Mohandes.
__new_in_first_article1__
The PMF statement came a day after several blasts hit a position held by a PMF group next to Balad air base about 80 km (50 miles) north of Baghdad.
As tensions between Washington and Tehran increase, Baghdad finds itself caught between neighbouring Iranian regime, whose regional influence has grown in recent years, and the United States.
The US-led coalition, in Iraq to fight remnants of ISIS, dismissed the statement.