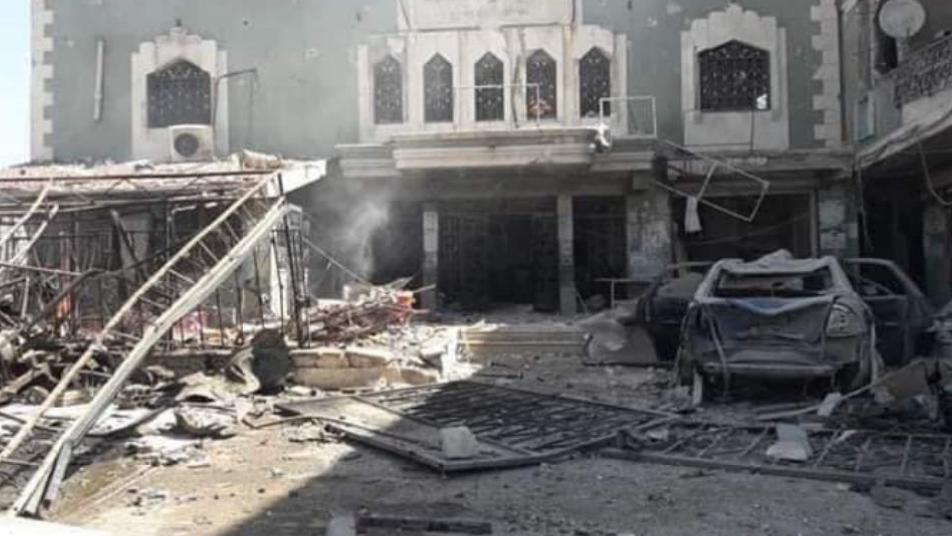 UN helps Assad regime bomb opposition - FP
__new_Underarticle_image_EN__
Orient Net - FP
For months, as part of its deconfliction program for the Syrian war, the United Nations has been sharing the GPS coordinates of health care facilities in rebel-held territory with the Russian government. The aim was to ensure Russia and its Assad allies do not hit them by mistake.
The system is not working. Indeed, it seems to be achieving the opposite of its ostensible goal. During the Assad recent offensive in Idlib, as many as 46 civilian facilities were reportedly attacked. The Syrian American Medical Society, a local partner of the UN in Idlib, reported that at least 14 medical facilities that were attacked in Idlib were on the UN’s list. The Russian and the Assad regime, in other words, knew exactly where the facilities were when they bombed them.
On July 30, UN Secretary-General Antonio Guterres authorized an inquiry to investigate who bombed the facilities, especially those supposedly under the international body’s protection. The organization should consider investigating whether its deconfliction program, as currently designed, serves any useful purpose at all. In the meantime, Russia and its allies will continue receiving information from the UN about opposition whereabouts.
This was not the first time that identified facilities have been targeted. In March and April 2018, four such hospitals were attacked. Susannah Sirkin, the director of policy at Physicians for Human Rights, a US-based advocacy organization that has tracked attacks on medical infrastructure from the beginning of the war eight years ago, said it was clear the UN’s system was not working. “With this mechanism utterly failing, one would have to question the wisdom of anyone sharing the coordinates,” she said.
At least some of the organizations that agreed to share sensitive data with Syria’s Bashar al-Assad regime and its allies, including Russia, were aware of the risks—and hoped to use any eventual transgressions as evidence for their cause. Ahmad Dbeis, an official with the Union of Medical Care and Relief Organizations, a coalition of nongovernmental organizations from the United States, France, Germany, and other countries that helps run the rebel health care facilities, said that the decision to share their data was taken after much difficult consideration.
__new_in_first_article1__
“The idea of sharing the coordinates was completely rejected at first, in 2015, but after the Russians and the regime started to systematically target medical facilities in eastern Aleppo, everybody realized that they were already aware of the locations thanks to their spies,” he said. “So we thought we could share the coordinates and use this issue as legal and ethical evidence before international courts and organizations, proving the regime and the Russians deliberately hit medical facilities after obtaining their coordinates.”
The relentless bombardment of Idlib recommenced on April 29 as the regime and its Russian allies attempt to reclaim the rebel stronghold. Civilians and activists have had no option other than to hope the international community would come to their rescue. It didn’t. The decision to share the location of their health facilities with Russia through the UN was thus part of a strategy born of desperation: take the risk of being bombed, but at least expose the perpetrators.
Sirkin, while questioning the success rate of the deconfliction system, described the decision of the local actors as “agonizing” and an “absolutely desperate measure.”
“My impression is that they wanted to be able to show the world that even when you give these locations, Russian and the Assad regime will blatantly bomb, in violation of international law,” she said.
The strategy might have worked to the extent of focusing the attention of the UN Security Council on a humanitarian disaster that has been steadily unfolding. But not everyone affected willingly signed up for it. Yasser al-Samm, a surgeon at Maaret al-Numan central hospital, was reluctant to hand over coordinates, because it increased the chances of an attack, he said. He gave in after he was assured the hospital was protected. “We had been given guarantees that the hospital would not be hit,” he said. “But it was. I always knew it was a mistake.”
Some of the most prominent international proponents of the deconfliction program now accept its failings. Mark Lowcock, the head of the UN Office for the Coordination of Humanitarian Affairs, the body that oversees all the deconfliction arrangements, told the Security Council that the system had failed. “I have come to the conclusion that in the current environment, deconfliction is not proving effective,” he said last month. Even Jan Egeland, the UN’s former humanitarian negotiator for Syria, who played a crucial role in establishing the organization’s presence there, told Foreign Policy the attacks in Idlib worried him. “My concern now is that a much higher number of deconflicted hospitals have been hit in Idlib, and that could indicate it is not providing active protection anymore,” he said. “That’s dramatic not just for Syria, but elsewhere. We swim or we sink in conflicts with our ability to be protected as neutral and independent.”