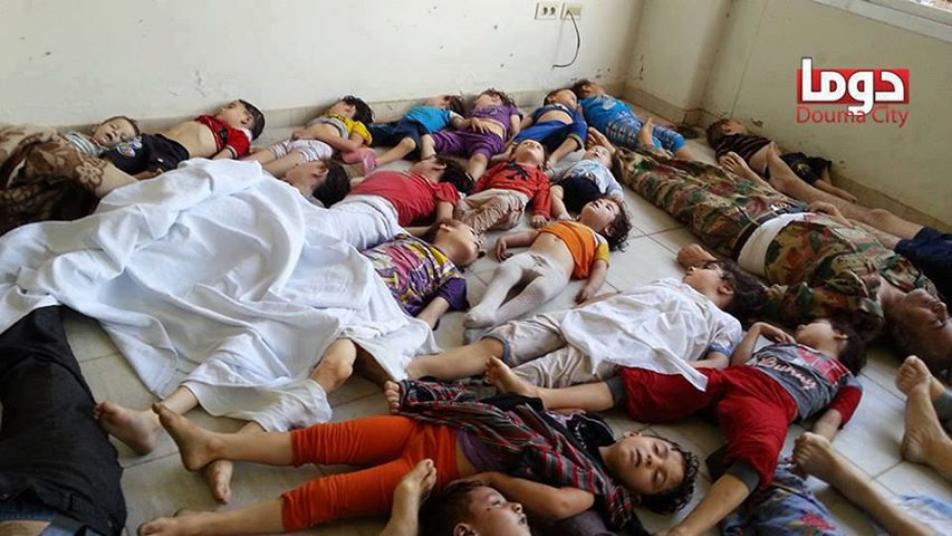 Orient Net
Syrians mark on Wednesday (August 21) the sixth anniversary of the Assad regime’s chemical attacks in Damascus eastern countryside where at least 1400 Syrians, mostly women and children, were gassed to death.
Assad terrorists carried out rocket attacks with poisonous gas heads at the first light of the 21 of August in that year.
The bombing was intense and it mainly hit the eastern Ghouta’s Zamalka, Erbin and Ein Tarma.
The attack coincided with the visit by a 20-member UN chemical weapons team to Syria to investigate three sites where chemical weapons attacks occurred in 2012.
Many videos showed both children and adults in field hospitals, some of them suffocating, coughing and sweating.
Doctors in the field hospitals did not have the right medication to treat the cases and that they were treating people with vinegar and water.
Assad terrorists continued using chemical gases against civilians in many areas in Syria, including Khan SHeikhoun and Douma in the last three years.
Bashar Assad is not held accountable despite all chemical weapons massacres committed by his militias against the Syrian people.