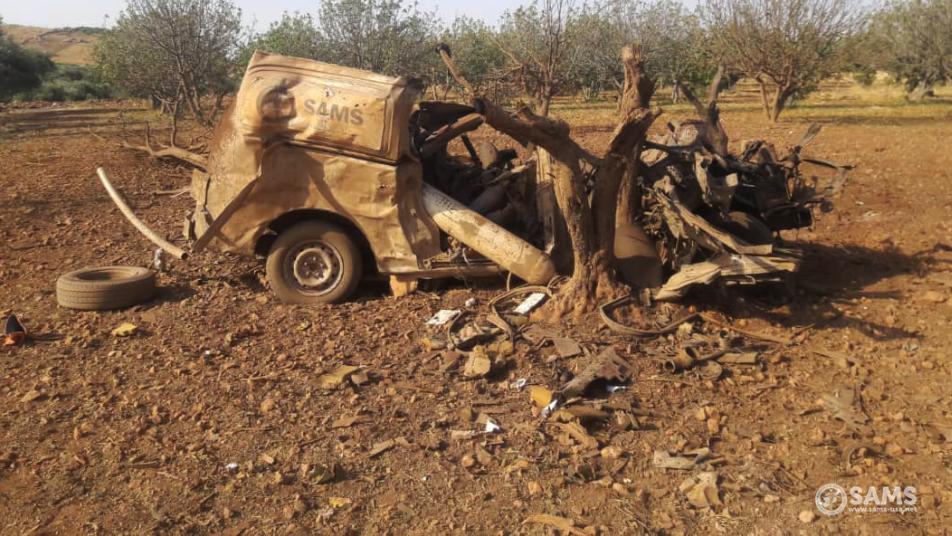 An attack in the south of Syria’s Idlib province that led to the deaths of a paramedic, an ambulance driver and a rescue worker, were added to the grim total on Thursday (August 15) of more than 500 civilian fatalities documented in the country by the United Nations, over the past three and a half months alone.
The civilian death toll is rising every day as the fighting continues in Idlib and northern Hama, said Mark Cutts, Deputy Regional Humanitarian Coordinator for the Syria Crisis.
Most of the deaths were a result of the “relentless campaign of airstrikes” by the Assad regime and its allies, he explained.
He painted a picture of humanitarians and rescue workers risking their lives every day to “to help civilians trapped in this area”, including women and children, along with sick, elderly and disabled people.
“They dig people out from under the rubble, rush wounded civilians to hospital, provide medical services and help those fleeing the area”, Mr. Cutts spelled out. “But no one is safe”.
On the contrary, those who risk everything to help some of the most vulnerable people in the world are themselves coming under attack.
__new_in_first_article1__
Yesterday a series of airstrikes in the Ma’arat Humeh area in southern Idlib resulted in the death of two more of our humanitarian colleagues, a paramedic and an ambulance driver, he elaborated. “Their ambulance was totally destroyed and a rescue worker was also killed”.
Wednesday’s attack highlights again the horror of what’s going on in Idlib and northern Hama, said Mr. Cutts, where three million civilians remain trapped by the fighting, with nowhere else to flee to, and where humanitarians, medical staff and rescue workers continue to pay with their lives in their efforts to help others.
Since the end of April, there have been at least 42 attacks on healthcare facilities reported, he added, affecting 36 health facilities and seven ambulances. Of these incidents, 11 were in Hama Governorate, 28 in Idlib and three in Aleppo Governorate.
“In total at least 17 health workers and patients have been killed”, he lamented, condemning this latest attack “and all attacks on civilians and civilian objects in the strongest terms”.
“I continue to call on all parties to the conflict to respect and protect medical and humanitarian personnel, their means of transport and equipment and property, as well as hospitals and other medical facilities, in accordance with international humanitarian law and in line with UN Security Council Resolution 2286 which relates specifically to the protection of civilians in armed conflict and to the protection of medical and humanitarian personnel in conflict zones” he concluded.
Since March 2011, Syria has been in the throes of a conflict that has forced more than half of all Syrians to leave their homes. With 5.6 million Syrian refugees and 6.6 million internally displaced, the crisis, described as the worst humanitarian disaster of modern times, with more than 12 million people in need of assistance.
قيم هذا المقال 19 0