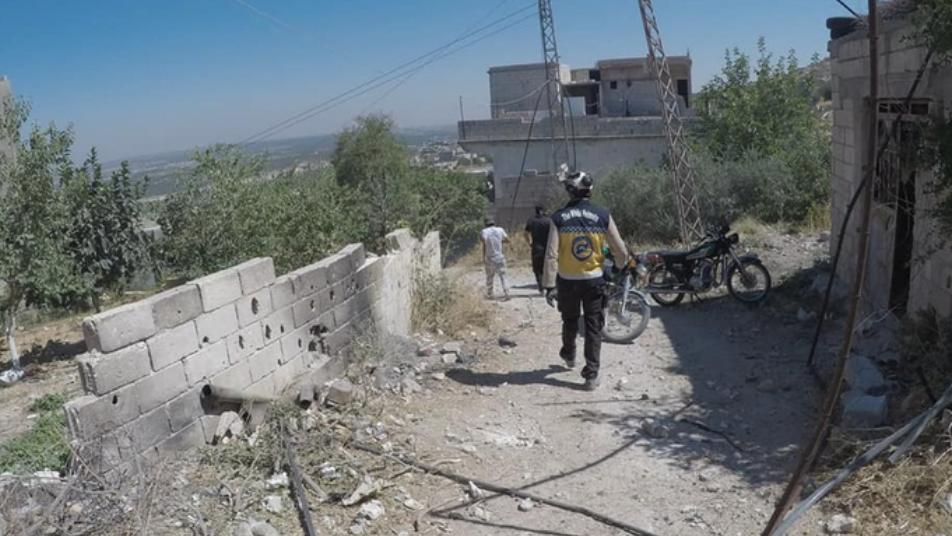 Orient Net
Two children have been killed in Idlib countryside by Russian warplanes, Orient News correspondent says.
The two children were killed in the village of Kafr Ziba near Ariha in Idlib western countryside.
Similar airstrikes hit the town of Khan Sheihkhoun and Kafr Sejneh.
Since the early morning of Wednesday (July 31), the number of Assad-Russian airstrikes has relatively calmed down in comparison with the last days in which hundreds of airstrikes claimed the lives of dozens of civilians in the so-called demilitarized zone established by Russia and Turkey.