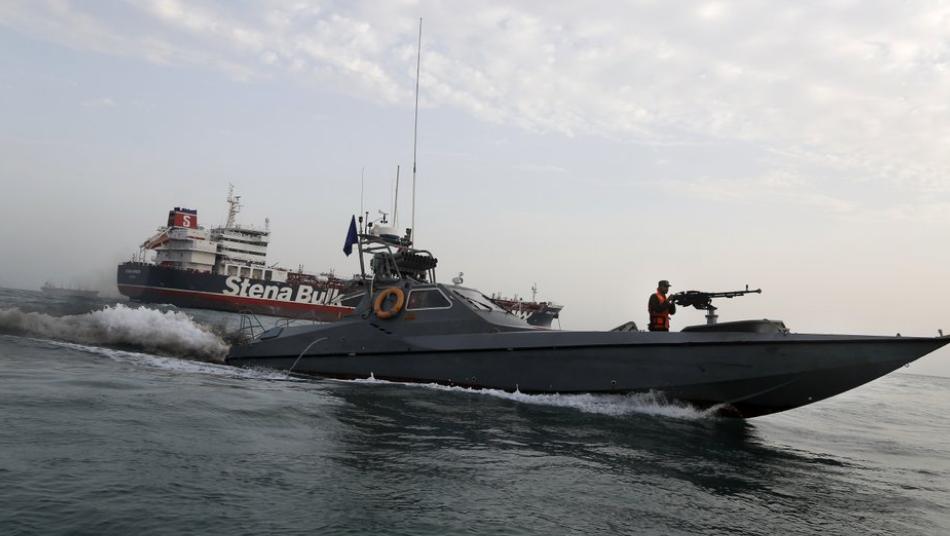 Hasan Shirvani/Mizan News Agency via AP
__new_Underarticle_image_EN__
Orient Net
Britain called on Iranian regime on Monday (July 22) to release a British-flagged tanker and its crew immediately, describing the seizure of the Stena Impero in the Strait of Hormuz as illegal.
Iranian Revolutionary Guards (IRGC) rappelled from helicopters and seized the Stena Impero in the Strait of Hormuz on Friday in apparent retaliation for the British capture of an Iranian tanker two weeks earlier.
“The ship was seized under false and illegal pretences and the Iranians should release it and its crew immediately,” Prime Minister Theresa May’s spokesman told reporters.
__new_in_first_article1__
“We do not seek confrontation with Iran but it is unacceptable and highly escalatory to seize a ship going about legitimate business through internationally recognized shipping lanes.”
May was chairing a meeting of Britain’s COBR emergency response committee and foreign minister Jeremy Hunt is expected to make a statement to parliament later on Monday to face criticism that British naval vessels should have escorted the ship.
The spokesman said emergency committee meeting was discussing ways of strengthening reassurance and monitoring for commercial shipping.
Based on Reuters