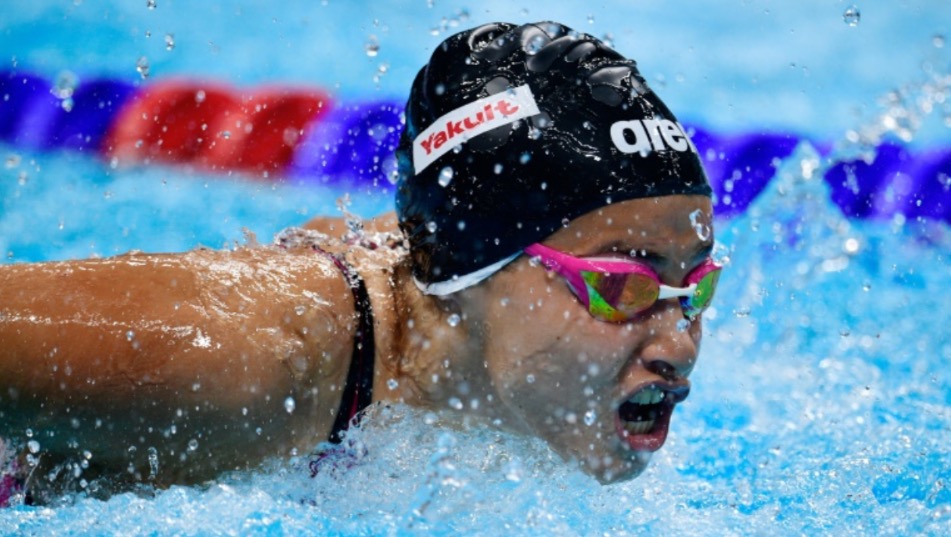 Orient Net - AFP
Syrian refugee Yusra Mardini, who almost drowned at sea fleeing her war-torn country four years ago, heaved a deep sigh after failing to set a personal best at the world swimming championships on Sunday.
Representing FINA's independent athletes team, the 21-year-old looked up at the giant scoreboard and winced at her time of 1min 8.79 sec in the 100 metres butterfly heats in South Korea.
"I'm not very happy actually," Mardini told AFP.
"I had some problems with my shoulder but I'm back in training. I still have the 100m freestyle and I'm looking forward to that."
Mardini's time was more than 12 seconds slower than that of reigning champion Sarah Sjostrom and 47th overall, but she has come a long way since risking her life crossing from Izmir in Turkey to the Greek island of Lesbos in the summer of 2015.
Thirty minutes into that treacherous journey, the motor on their dinghy cut out and the tiny vessel, carrying 20 people rather than the six or seven it was designed for, threatened to capsize.
__new_in_first_article1__
As the only people who could swim, Mardini and her sister Sarah jumped into the water to push and pull the stricken dinghy for over three hours until they finally reached the shore.
"I arrived in Greece in only jeans and a T-shirt," said Mardini, who also swims in the 100m freestyle later this week. "Even my shoes were gone."
Mardini famously competed at the Rio Olympics a year later under the refugee flag.
"In the beginning, I refused to be in a refugee team because I was afraid people would think I got the chance because of my story," said Mardini, who now lives with her family in Berlin.
"I wanted to earn it. But then I realised I had a big opportunity to represent those people -- so I took the chance and I never regretted it," she added.
"Rio was amazing. It was really exciting to see the reaction of people to the team. Now I'm representing millions of displaced people around the world and it really makes me proud."
It is a far cry from life back in Syria, where rocket strikes would often shake the pool she trained at in Damascus.
__new_in_first_article2__
"There were bomb attacks sometimes that would crack the windows around the pool," said Mardini, who has addressed the United Nations general assembly and whose story is set to be told in a Hollywood movie.
"We were scared the whole time."
Fellow Syrian Ayman Kelzieh was also forced to flee the country before competing at the 2014 Asian Games in Incheon.
Returning to Korea five years later, the 26-year-old now owns a fistful of national swim records, including the 50m, 100m and 200m butterfly.
"When the war started I had just moved to Damascus and I couldn't get back home to Aleppo," said Kelzieh, who now lives on the Thai island of Phuket.
"But even in Damascus bombs sometimes even went off at the swimming pool we trained at," he added after taking a poolside selfie with his idol, South African star Chad le Clos.
"There were even attacks at the hotel I stayed in -- I was lucky."
قيم هذا المقال 14 0