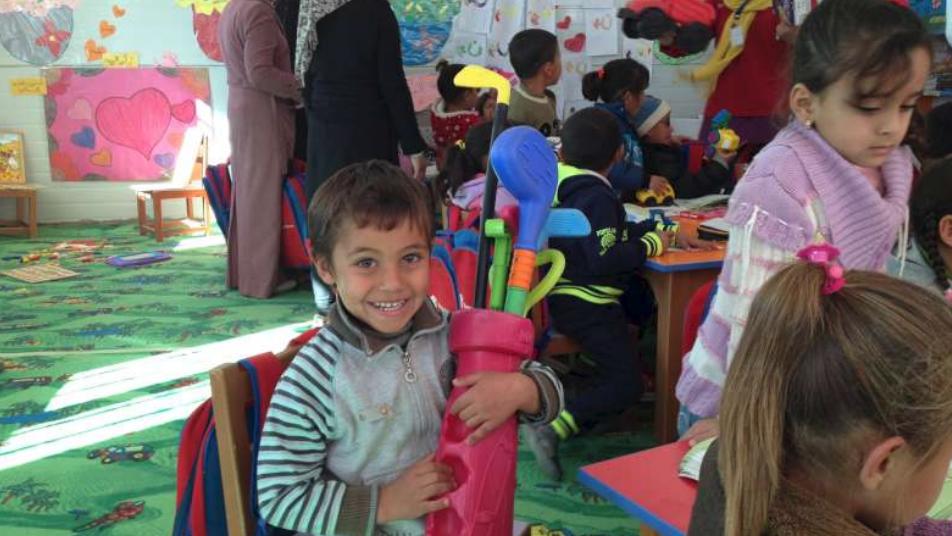 Orient Net
Syrian women in the southern province of Hatay earn their living by producing and selling handmade toys to other Turkish provinces.
At a toy workshop opened in 2017 in Hatay's Reyhanli district with the help of Turkish Humanitarian Relief Foundation (İHH) and an organization, 15 Syrian women who lost their spouses have been making knitted toys, Khalid Qadour, head of the workshop, said. The all-female crew produced 3,000 toys last year, and all of them were sold, Qadour said.
"Handcrafted animal toys are delivered to other parts of the country, their prices range from TL 20 to TL 30. We promote them on social media," Qadour said and added that the workshop's target by the end of this year is to produce 10,000 stuffed toys.
Fadila Haj Redvan, 40, mother of four, said making toys helps her not only financially but also psychologically.
"I fled to Turkey after I lost my husband in an air attack in Aleppo. We started a new life here, and what I earn from making toys has helped me a lot," she added.
Salam Alsellum, 41, mother of three, whose husband was also killed three years ago, said she now could afford to support her family by making toys. "It takes two hours to make a toy ready, and we share what we earn equally," she explained.
Syrians make up the largest number of refugees in Turkey with around 3.6 million, followed by Afghans with 164,351, Iraqis with 142,576, Iranians with 37,732, Somalis with 5,518, and 11,515 refugees of other nationalities. According to the Turkish Interior Ministry, 96.51 percent of Syrians live in the provinces of Istanbul, Sanlıurfa, Hatay, Gaziantep, Mersin and Adana, while 3.49 percent live in refugee camps.