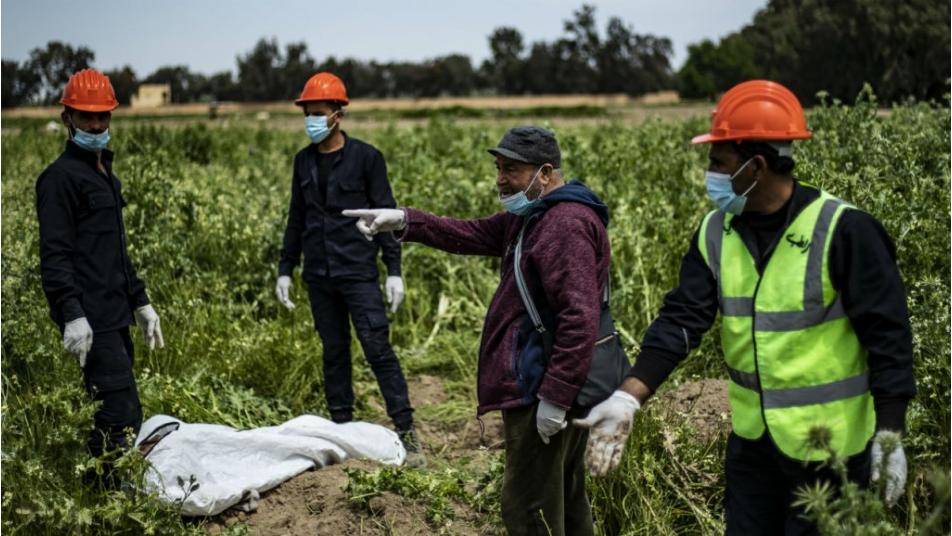 Delil Suleiman, AFP | Members of Raqqa (RCC)'s first responders team working at the site of a mass grave (file photo)
Orient Net
A local official in Syria's Raqqa says workers have so far unearthed 313 bodies from a mass grave discovered last month near the northern city, AP reported.
Yasser al-Khamees who leads a team of first responders says among the bodies found are those belonging to civilians, including women and children, as well as people believed to have been shot dead by ISIS militants.
The mass grave was discovered in mid-June on the southern edges of Raqqa. The city was the de facto capital of ISIS, which spanned in Syria and Iraq.
US-backed Syrian Democratic Forces (SDF) seized the city from ISIS in 2014 after gruesome battles that killed thousands and left the city in ruins.
Several other mass graves have previously been discovered in and around Raqqa.