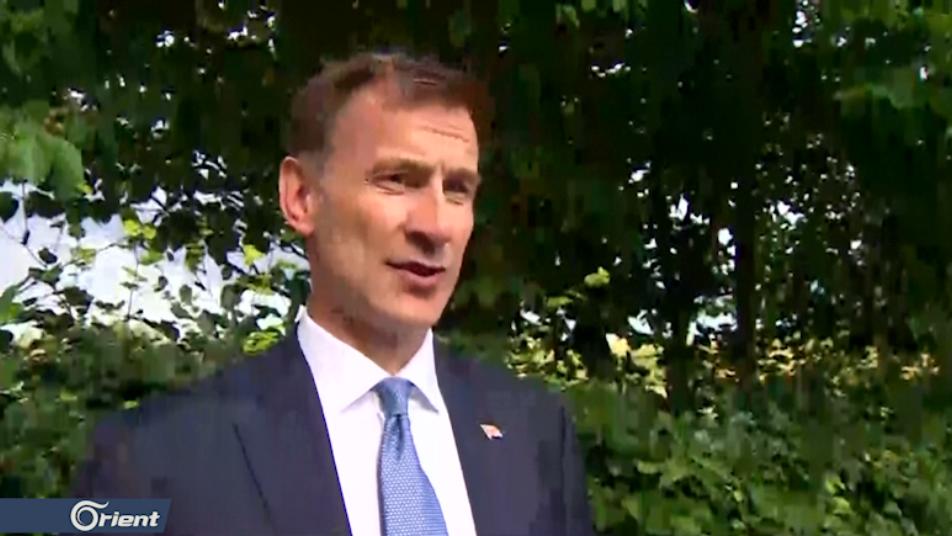 Iranian regime's tanker to be released if guaranteed not to go to Syria - Hunt
__new_Underarticle_image_EN__
Orient Net
British Foreign Minister Jeremy Hunt told the Iranian regime's counterpart on Saturday (July 13) that Britain would facilitate the release of the detained Grace 1 oil tanker if Tehran gave guarantees it would not go to Assad regime.
The tanker was seized last week by British Royal Marines off the coast of the British Mediterranean territory of Gibraltar on suspicion of violating sanctions against Assad regime.
Iran has demanded Britain release the ship and denies it was taking oil to Syrian regime in violation of European Union sanctions.
The affair has stoked tension in the Gulf, with Britain saying on Thursday (July 1) that it had fended off Iranian ships that tried to block a British tanker in the area.