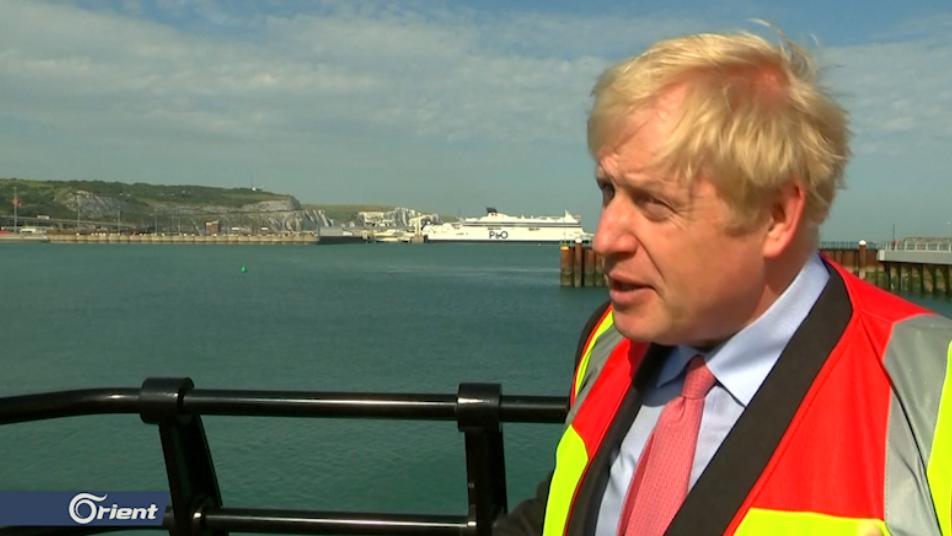 Photo: Reuters
Orient Net
Boris Johnson, the leading candidate to replace Theresa May as British Prime Minister, said he will look into added protection for UK ships if he's elected following a naval confrontation with Iranian vessels on Thursday (July 11).
Three Iranian vessels tried to block a British-owned tanker passing through the Strait of Hormuz, which controls the flow of Middle East oil to the world but backed off when confronted by a Royal Navy warship.
Johnson speaking during a trip to Dover, a major port for ferries across the English Channel, said all vessels should be safe in international waters and would look for advice on ''extra steps we might need to protect UK vessels.''
A week after Britain seized an Iranian tanker accused of violating sanctions on Assad militia, London said the British Heritage, operated by oil company BP, had been approached in the Strait of Hormuz between Iran and the Arabian peninsula.