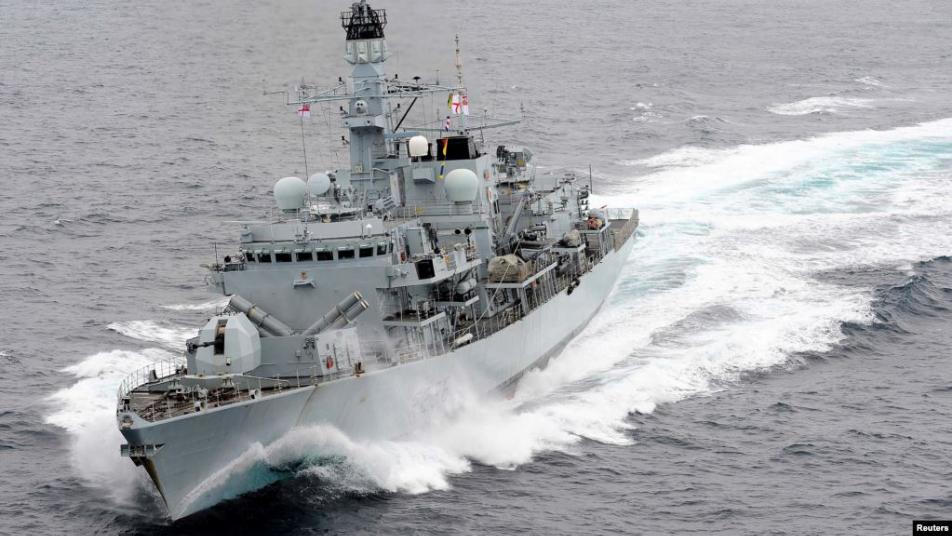 Photo obtained from RFERL's Reuters subscription
__new_Underarticle_image_EN__
Orient Net
Britain says three Iranian boats tried to impede a British oil tanker in the strategic Strait of Hormuz, in a move that followed threats from Tehran that London would face consequences for the seizure of an Iranian supertanker last week.
"Contrary to international law, three Iranian vessels attempted to impede the passage of a commercial vessel, British Heritage, through the strait of Hormuz," said a government statement released on July 11.
The British warship, HMS Montrose, was "forced to position herself between the Iranian vessels and British Heritage and issue verbal warnings to the Iranian vessels, which then turned away," the statement said.
__new_in_first_article1__
"We are concerned by this action and continue to urge the Iranian authorities to de-escalate the situation in the region," the statement added.
Iran’s Islamic Revolutionary Guards Corp (IRGC) denied trying to stop the British tanker, the semiofficial Fars news agency reported on July 11.
Earlier, US media reported that five armed Iranian boats attempted to seize a British tanker in the strategic Strait of Hormuz but were driven off by a Royal Navy vessel.
The report is based on RFERL and agencies