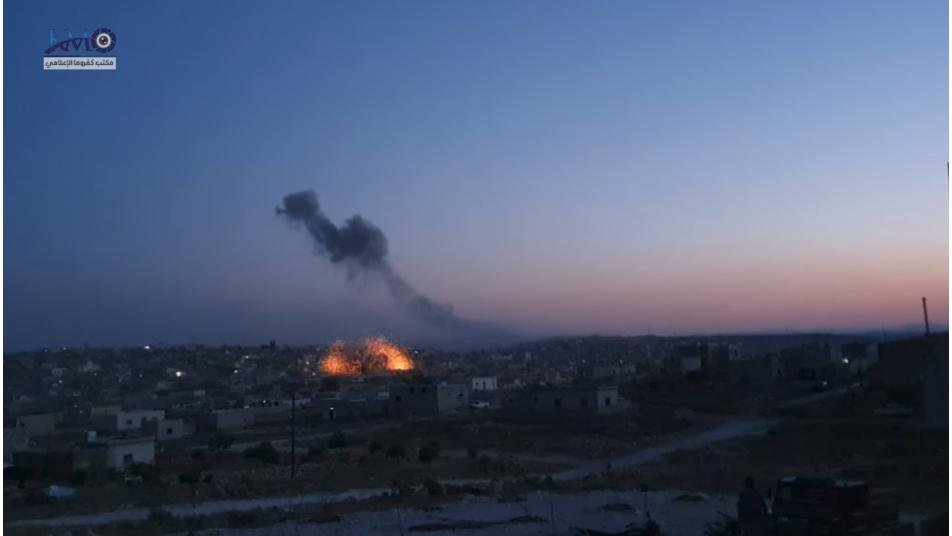 Assad-Russian bombing killed 13 civilians on Wednesday in Idlib countryside
__new_Underarticle_image_EN__
Orient Net
Assad and Russian bombing killed 13 civilians and injured dozens in Idlib on Wednesday (July 10), Orient News correspondent said.
The Russian warplanes killed 6 in Jisr al-Sheghoor, including children and a woman, 3 in Maaret Horma, including a White Helmets volunteer and his daughter, 2 in Meridkh and 2 women in Kafroma.
Fresh airstrikes were reported on Thursday (July11) on the White Helmets Centre in the city of Khan Sheikhoun.
Idlib is the largest part of Syrian controlled by opposition fighters and by anti-Assad factions with a population of 3 million people as dozens of thousands were displaced by Assad and Iranian militias from their towns and cities to Idlib.