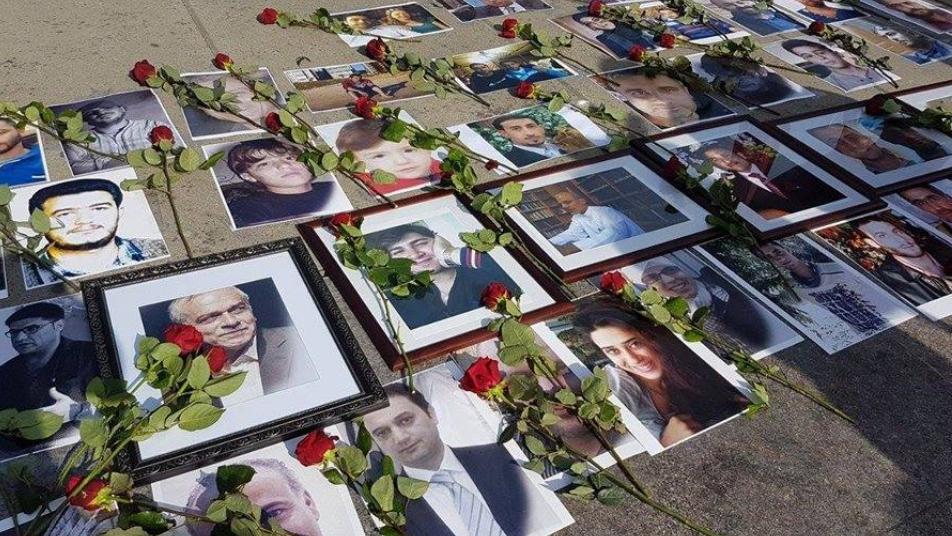 Families for Freedom. File photo
A Syrian woman jailed for more than seven months by the Assad regime still harbors vivid memories of her ordeal.
In an interview with Anadolu Agency, Nur Mektebi, 27, recalled the inhumane torture methods and cruelties she witnessed during her imprisonment at a military security center in Aleppo and the “Palestine branch” in Damascus.
“I was detained when I was a junior in university,” Mektebi said. “They abducted me in an attack on my house.”
She was taken to a military security center in Aleppo in September 2014.
“They searched me when we got into the center. That’s when the pounding, threats and humiliation began,” Mektebi said.
She said she was tortured during her interrogation.
“They hung me by my arms and beat my feet. It was really difficult.
“I did not know what I was charged for.”
__new_in_first_article1__
Mektebi was held at the center for 45 days in a dirty, crowded place across from the “torture room”.
“We were constantly seeing and hearing people being tortured in that room,” she said.
Mektebi was later taken to an interrogation center known as the “Palestine branch” in Damascus. She said she knew it was a disreputable place long before the war, where people from all walks of society were held.
She said a renowned elderly physician, Nadya Rifai, was kept in the same room.
They tortured her every day to persuade her to confess of making chemical weapons, Mektebi said. She lost her mind in front of us. Then we found out she was dead.
Mektebi still remembers the faces of the torturers, describing two of them in detail.
“One was nicknamed ‘Bird’ and the other was ‘Baas’. Bird was tall with wide shoulders and pale skin. Baas was short and thin with green eyes.”
According to the International Conscience Movement, an NGO, more than 13,500 women have been jailed since the Syrian conflict began, while more than 7,000 women remain in detention, where they are subjected to torture.
Based on AA
قيم هذا المقال