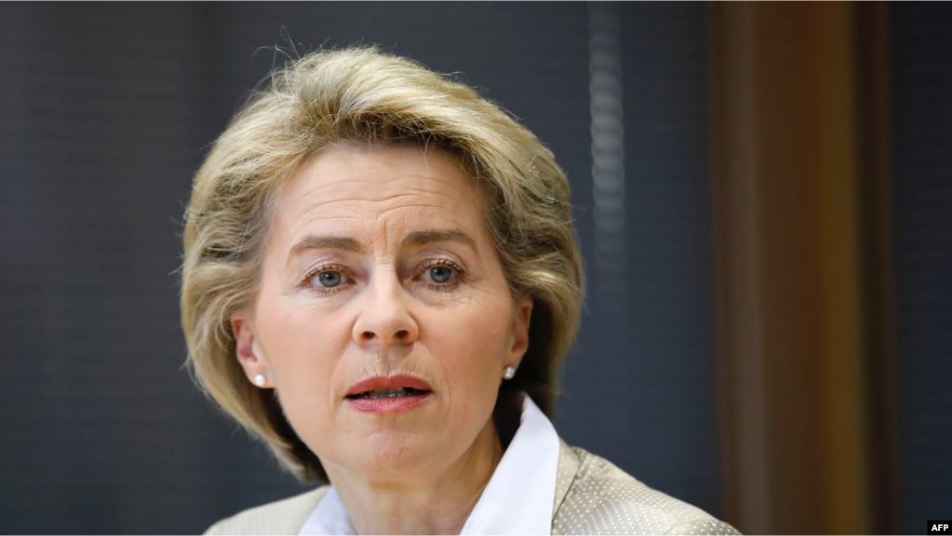 Orient Net
German Defence Minister Ursula von der Leyen, appointed by European Union leaders as the next head of the bloc's executive, arrived in Strasbourg on Wednesday (July 3) to meet with the new president of the European Parliament and EU parliament delegates.
Von der Leyen needs the approval of the European Parliament to take on the job of Commission president.
Speaking to the media after a meeting with David Sassoli, von der Leyen said she would use the next 14 days to listen intensely and to promote her vision of the future of Europe over the next five years.