Some Turks turn against Syrians in Istanbul district over sexual allegations, police refute 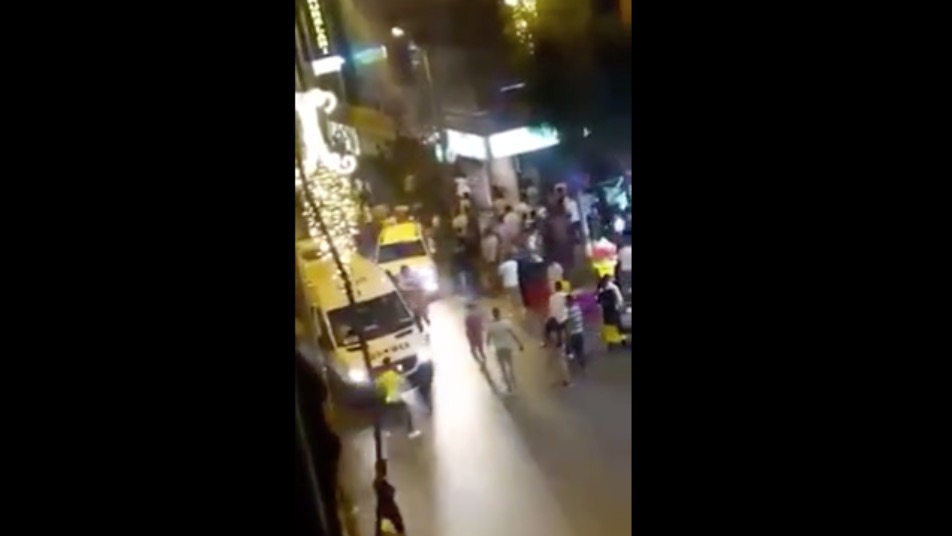 Orient Net
Some Turkish citizens attacked Syrian refugees in Istanbul after it was said a little Turkish girl was harassed by a Syrian which was later falsified by the police, news site Duvar reported late Saturday.
The incident took place in Istanbul's Kucukcekme district, one of the refugee settlements of the city. A crowd gathered in front of a police station in İkitelli neighbourhood after rumours saying some Syrian refugees were taken into custody for assaulting a Turkish child.
The group attacked Syrians living in the neighbourhood and looted Syrian workplaces, Duvar said, and the attack quickly turned into a lynch attempt against the refugees.

Police refuted sexual assault allegations and said a 12-year-old Syrian asked over another 12-year-old and said "come, come" from his home's window, according to Duvar. There were no physical contacts, the police said.
Police dispersed the crowd with tear gas and water cannons and detained some attackers.
After the incident, several social media users posted solidarity messages for the Syrian refugees by using the hashtag #suriyelileryalnızdeğildir - Syrians are not alone -  which became a  top trend topic on Twitter in Turkey.
The racist attacks against Syrian refugees in Turkey have intensely accelerated, according to rights groups.
Turkey is home to a reported 3.8 million Syrian refugees, having implemented an open doors policy since the beginning of the conflict in the neighbouring country in 2011.