Humanitarian leaders stand with civilians under fire in Idlib 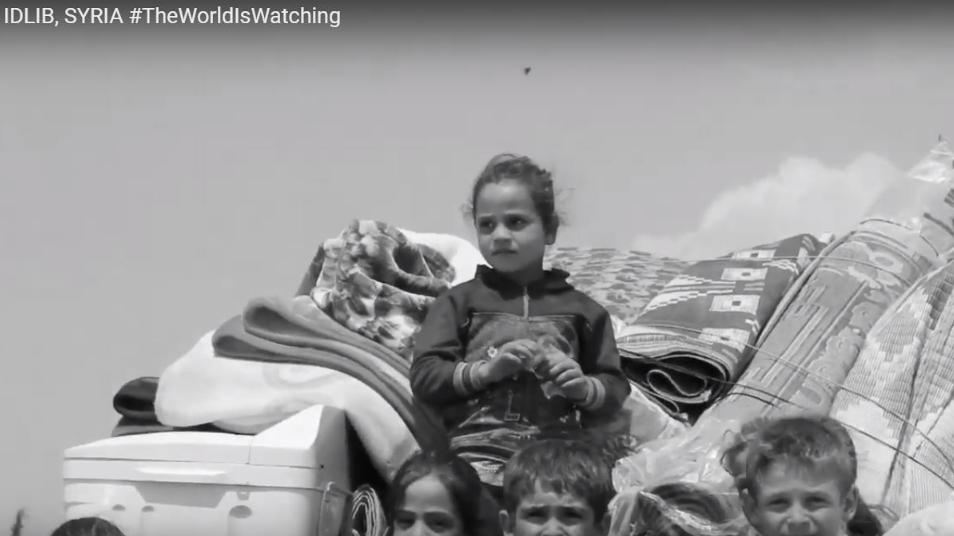 Orient Net
Eleven chiefs of global humanitarian organizations have launched a worldwide campaign in solidarity with civilians under fire in north-western Syria.
Three million civilians, among them one million children, are in imminent and mortal danger from the escalating violence in Idlib governorate and surrounding areas.
In this direct video address, the humanitarian leaders stress that civilians face the constant threat of violence and armed conflict and desperately need protection. Stressing that “too many have died already” and that “even wars have laws”, they deplore the devastating impact of the fighting on hospitals, schools and markets.
“Idlib is on the brink of a humanitarian nightmare unlike anything we have seen this century,” they warn.
“Our worst fears are now materializing,” added UN humanitarian chief Mark Lowcock. “Yet again, innocent civilians are paying the price for the political failure to stop the violence and do what is demanded under international law – to protect all civilians. For the women, children and men in Idlib, it can be a death sentence. Our campaign expresses solidarity with the families under attack and tell everyone that we are watching and witnessing what is happening.”
A huge influx of displaced people from other parts of Syria since 2015 has doubled the size of the population in Idlib. At least 330,000 people have been displaced internally in the region during the last two month’s surge of violence. They have nowhere left to flee to. The UN Secretary-General has warned about the violence for months, but it hasn’t stopped, or even slowed.
Assad-Russian warplanes and Assad militiamen have killed more than 500 civilians, including children and women. The Russian and Assad attacks also injured more than 1500 civilians in Hama and Idlib countryside since April 26.