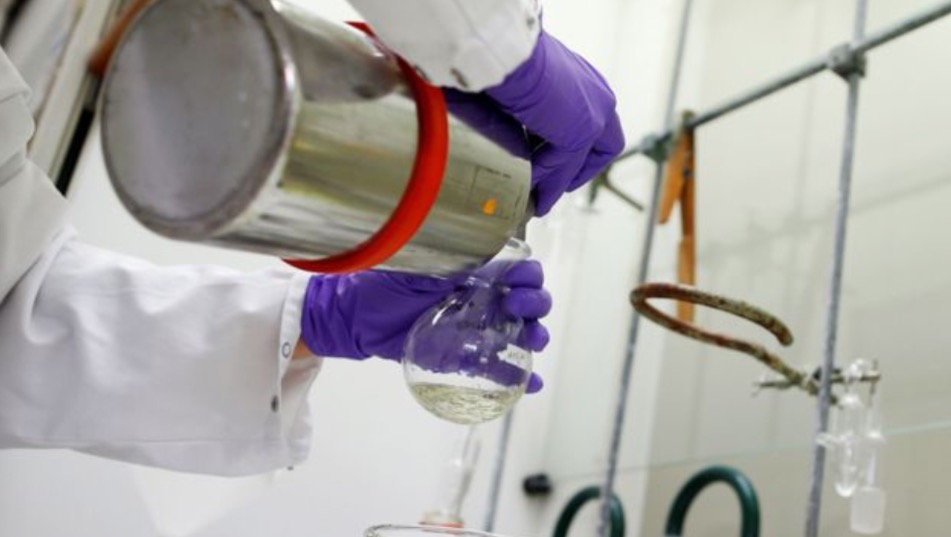 Orient Net
A Swiss subsidiary of Brenntag supplied isopropanol and diethylamine to Syria. They can be used in pharmaceuticals, but can also be used to make the nerve agents Sarin and VX.
Brenntag says the deliveries also complied with Swiss law.
UN experts say Assad militiamen have used chemical weapons repeatedly.
"Brenntag did not circumvent EU export restrictions," a company statement said. The chemicals were intended to produce an analgesic, it said.
Shares in Brenntag fell about 6% on Wednesday.
Brenntag, based in the German city of Essen, describes itself as the global market leader in chemical distribution. It operates in 76 countries and has more than 16,600 employees.
Its Syria deal was first reported by Germany's Süddeutsche Zeitung, broadcaster Bayerischer Rundfunk and Swiss group Tamedia.
In March the UN Commission of Inquiry probing the Syrian war said the Bashar Assad militiamen were behind 32 out of 37 chemical attacks during the period 2013-2019, including the use of chlorine and Sarin.
In 2014 experts from the UN and Organisation for the Prohibition of Chemical Weapons (OPCW) removed or destroyed 1,180 tonnes of declared toxic agents and precursor chemicals in Syria, under a deal reached with the Assad regime, after a Sarin attack near Damascus.
But further chemical attacks were reported later, as the fighting continued.