Trump calls off Iran strikes at the last minute: NYT 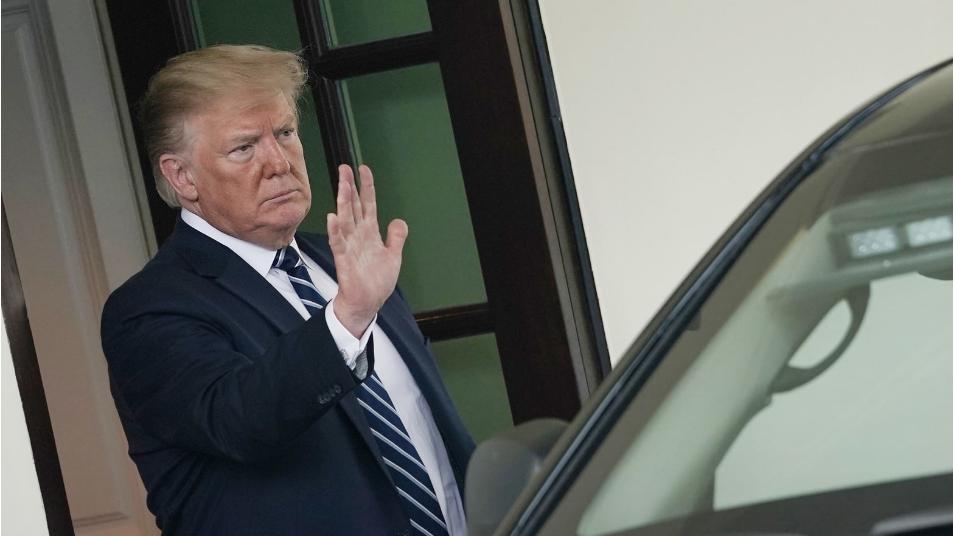 Alex Wong/Getty
Orient Net
US President Donald Trump approved military strikes against Iranian regime on Friday (June 21) in retaliation for the downing of a US surveillance drone, but called off the attacks at the last minute, the New York Times reported.
After weeks of rising tension amid a spate of attacks on oil tankers in the Gulf, Iran said on Thursday it had shot down an unmanned US military surveillance drone, fanning fears of an overt military confrontation between the longtime adversaries.
In response, the New York Times quoted a senior administration official as saying US warplanes took to the air and ships were put in position for a retaliatory attack only for an order to come to stand down, without any weapons being fired.
Targets had included Iranian radar and missile batteries, the paper cited senior administration officials involved in, or briefed on, the deliberations, as saying.
The strikes were set for early in the day to minimize risk to the Iranian military or to civilians, the Times added.
It was unclear if attacks on Iran might go ahead later, it added, nor was it known whether Trump had changed his mind or whether his administration had become concerned about logistics or strategy.
Given the heightened tensions, the US Federal Aviation Administration issued an emergency order on Thursday prohibiting US operators from flying in Iran-controlled airspace over the Strait of Hormuz and Gulf of Oman until further notice.
Trump said initially the downing of the drone could have been carried out by someone who was acting “loose and stupid,” adding that he suspected it was shot down by mistake.
“We had nobody in the drone. It would have made a big difference, let me tell you, it would have made a big, big difference” if the aircraft had been piloted, Trump said as he met Canadian Prime Minister Justin Trudeau in the Oval Office.
Based on Reuters