Iranian regime shoots down US military drone in Gulf region 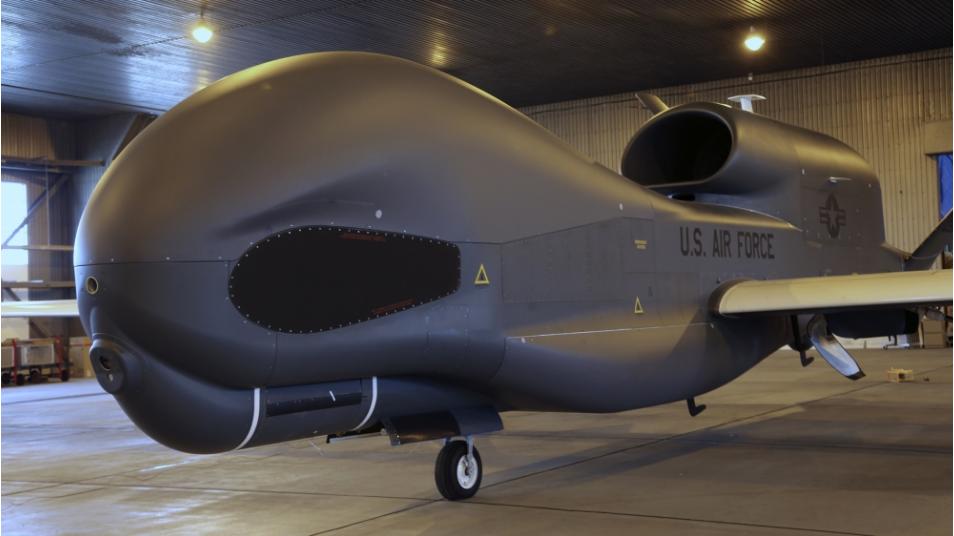 Eric Talmadge/AP
Orient Net
Iran has shot down a US drone which the elite Revolutionary Guards said on Thursday (June 20) was flying over southern Iran, raising fears that a major military confrontation could erupt between Tehran and Washington, Reuters reported.
Guards website Sepah News said the “spy” drone was brought down over the southern Iranian province of Hormozgan, which is on the Gulf.
While Iranian regime’s news agency IRNA carried the same report, identifying the drone as an RQ-4 Global Hawk, a US official said a US Navy MQ-4C Triton had been shot down in international airspace over the Strait of Hormuz.
The MQ-4C Triton’s manufacturer, Northrop Grumman, says on its website that the Triton can fly for over 24 hours at a time, at altitudes higher than 10 miles, with an operational range of 8,200 nautical miles.
Earlier, a spokesman for the US military’s Central Command, Navy Captain Bill Urban, said no US aircraft were flying over Iran on Wednesday.
The US military has in recent days confirmed an attempt by Iran to shoot down a US drone last week as well as the successful shooting down of one on June 6 by Iran-aligned Houthi militias in Yemen.
The United States and its regional ally, Saudi Arabia, blamed Iran for the incidents. Iranian regime has denied responsibility.
The US military has sent forces, including aircraft carriers, B-52 bombers and troops to the Middle East. However, Trump said he does not seek war with Iran.
Iranian regime said last week that it was responsible for the security of the Strait of Hormuz, calling on American forces to leave the Gulf.