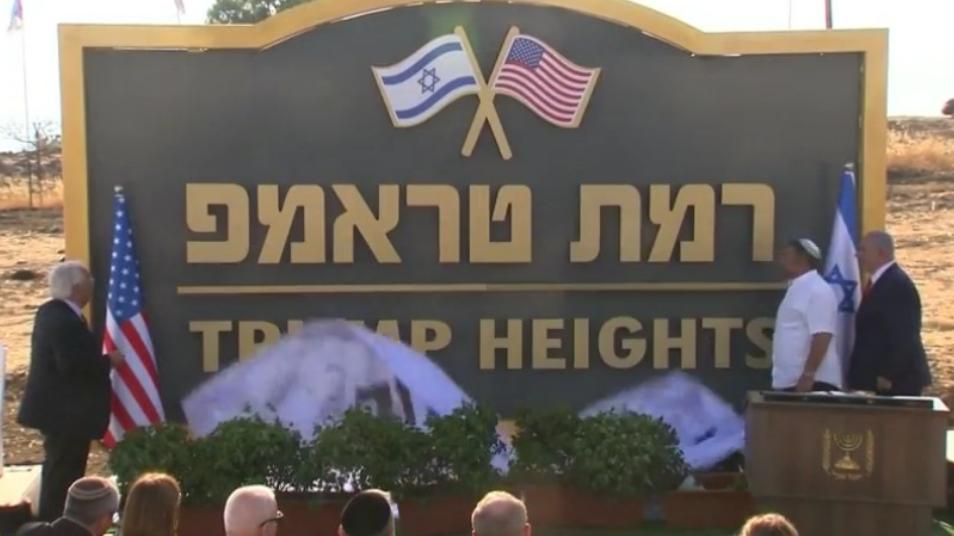 Orient Net
Israel unveiled "Trump Heights" on Sunday (June 16), a new community named after US President Donald Trump on a contested frontier with Syria.
The Golan Heights project is designed to cement ties between Israel and the United States after Trump signed a decree in March at the start of a meeting with Israeli Prime Minister Benjamin Netanyahu, saying the United States recognises Israeli sovereignty over the territory that Israel seized from Syria in the 1967 Middle East war.
At a special cabinet session in Beruchim, a community just 12 km (7.5 miles) from the Golan armistice line with Syrian regime, Netanyahu unveiled a sign labeled "Trump Heights" in English and Hebrew, decorated with the Israeli and US flags and planted on a patch of synthetic grass.
Israel captured the Golan from Syria in a 1967 and later annexed and settled it - moves not accepted by most world powers, which deem the Golan to be occupied Syrian territory.