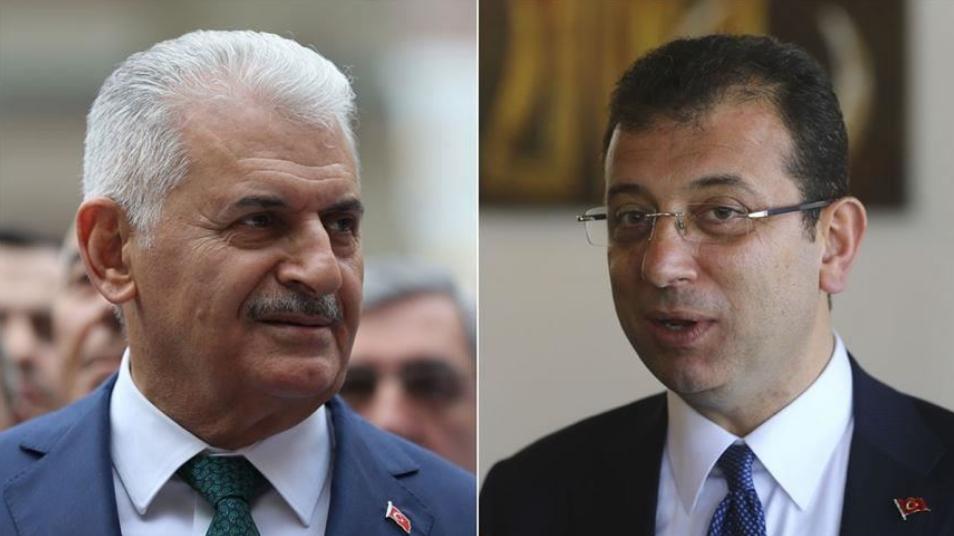 Orient Net
The debate between People's Alliance candidate Binali Yıldırım and Nation Alliance candidate Ekrem Imamoglu at Istanbul's Lütfi Kırdar Congress Center started on Sunday (June 16) under the moderation of veteran journalist and TV presenter Ismail Küçükkaya.
"Our preference was not to renew this election. We tried very hard for this, but the CHP did not help us. They refused our request for a full recount and rejected the decision, so we had to go to the election. If my vote was tallied for the CHP (opposition Republican People's Party) or another candidate, this was theft. There's no explanation for this," Yıldırım said.
Imamoglu fiercely refuted his opponent's allegations saying: "Are your words for AK Party polling officials, for the Good (IYI) Party, for the MHP's (Nationalist Movement Party) or the CHP's? Or for the heads of balloting committees?"
The results of the vote were canceled after the ruling AK Party and Nationalist Movement Party appealed to the council, citing irregularities and violations of election law.