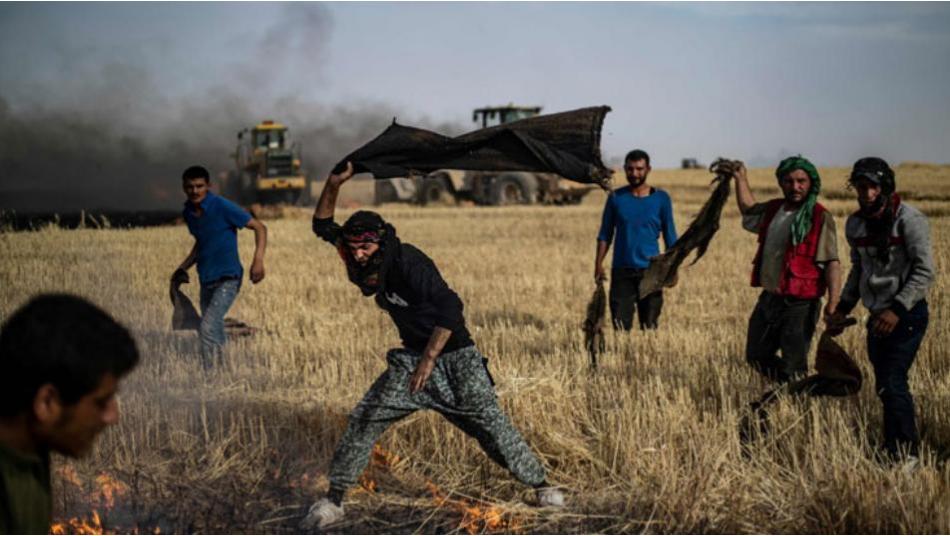 Orient Net
Many civilians have been killed and injured by the fires which take place in Hasaka province in northeastern Syria, local news network reported.
At least six civilians, including a woman were killed and more than twenty were injured on Saturday (June 15), while they were attempting to put out the fires which were devouring their farmlands in Kerfani and Tel Alo in the Yarobia province in Hasaka, al-Khabor local news network reported.
The source also mentioned the names of the victims.
No one knows who stands behind starting these fires; some say that they are natural disasters.
"Crops such as barley, wheat and vegetables have been destroyed. Destruction to farmland and the agricultural sector is unacceptable", WFP spokesman Herve Verhoosel said earlier this month, as Assad militias were targeting farmlands in Idlib.
Farmers had not been able to get to their fields or tend to their remaining crops during the harvest season, he added.