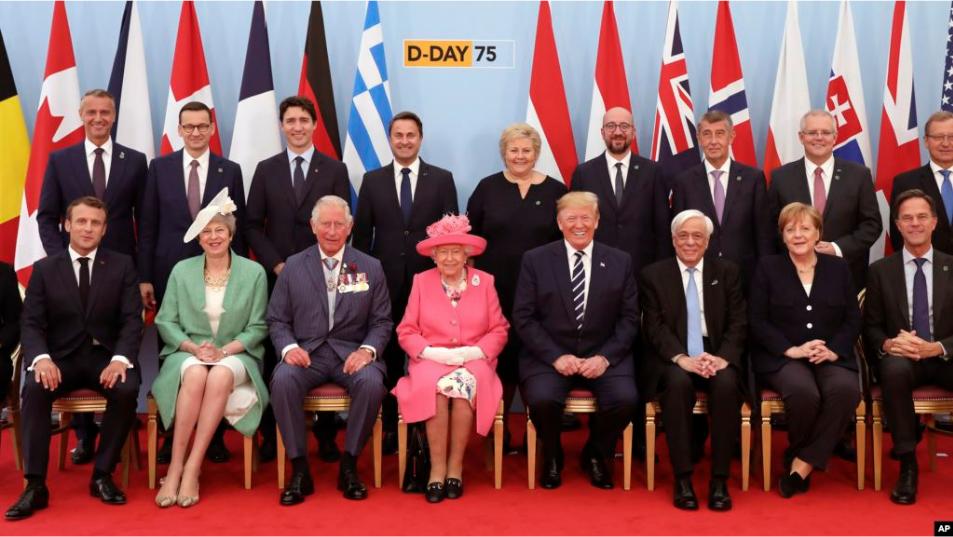 Orient Net
Queen Elizabeth was joined by world leaders including Donald Trump and Angela Merkel to mark the 75th anniversary of D-Day on Wednesday (June 5), paying personal tribute to the veterans of the largest seaborne invasion in history which helped bring World War Two to an end.
The queen, Prince Charles, presidents and prime ministers rose to applaud veterans, their coats heavy with medals, as they stood on a giant stage beside a guard of honour after a film of the Normandy landings was shown.
British Prime Minister Theresa May was joined for the commemorative events in Portsmouth by US President Trump, who is on the final day of a state visit to Britain, and his wife, Melania.
Trump read a prayer given by Franklin D. Roosevelt in 1944: "The enemy is strong. He may hurl back our forces but we shall return again and again; and we know that by Thy grace, and by the righteousness of our cause, our sons will triumph." French President Emmanuel Macron, Canadian Prime Minister Justin Trudeau, Australian Prime Minister Scott Morrison, German Chancellor Merkel, and leaders and senior figures from 10 other countries also attended.