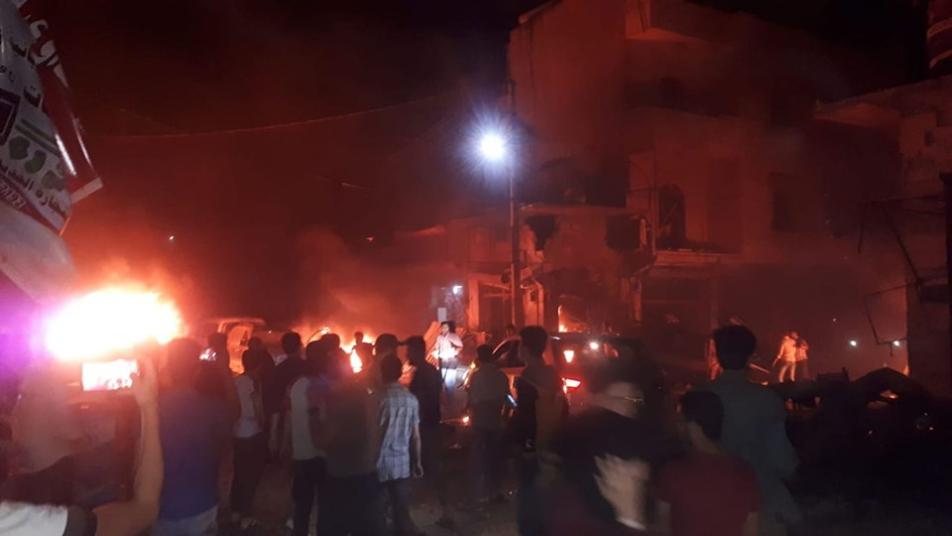 Orient Net
A car bomb has exploded in the city of Azaz in Aleppo northern countryside, local sources reported.
The explosion took place near the Central Governmental Building, causing flames that devoured cars and the neighbouring buildings, according to footage published by activists and local news agencies online.

At least 14 civilians were killed and many others were injured, Syrian activists said on Facebook.
Nor group has claimed responsibility for the explosion in the Free Syrian Army-controlled city near the Turkish border.
Azaz was controlled by ISIS from 2014 till 2016 as the opposition fighters drove out the extremist group backed by the Turkish military.