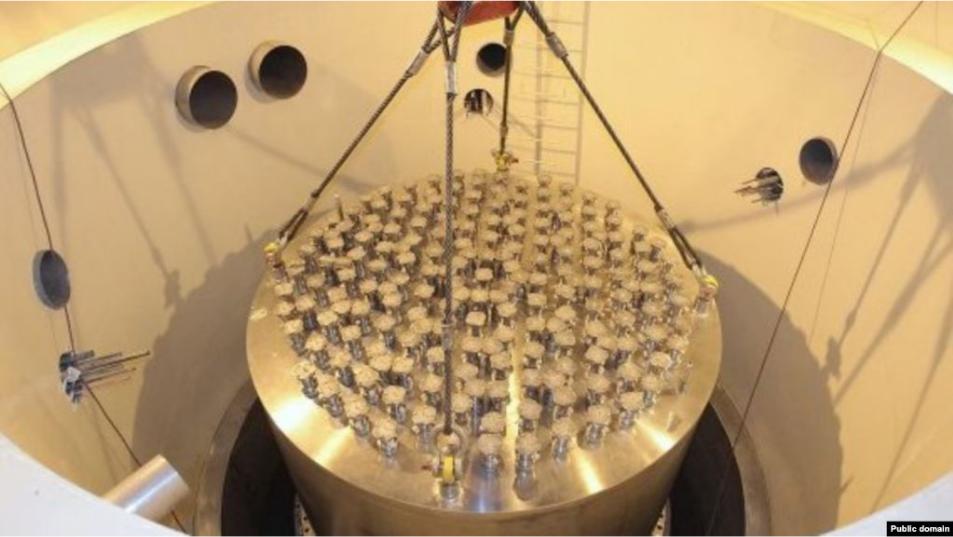 Orient Net
Semi-official news agencies in Iran reported on Monday that the country has quadrupled its production of low-enriched uranium amid tensions with the US over an unraveling atomic accord.
The Fars and Tasnim news agencies both reported that the production is of uranium enriched only to the 3.67 percent limit set by the 2015 nuclear deal with world powers, far below the 20% to which Iran was enriching before the deal or the 90% required to produce nuclear weapons.
However, a quadrupling of production would mean that Iranian regime likely will soon go beyond the stockpile limitation of 300 kilograms set by the deal.
Iranian regime said it has informed the International Atomic Energy Agency, the UN nuclear watchdog, of its decision. The IAEA did not immediately respond to a request for comment.